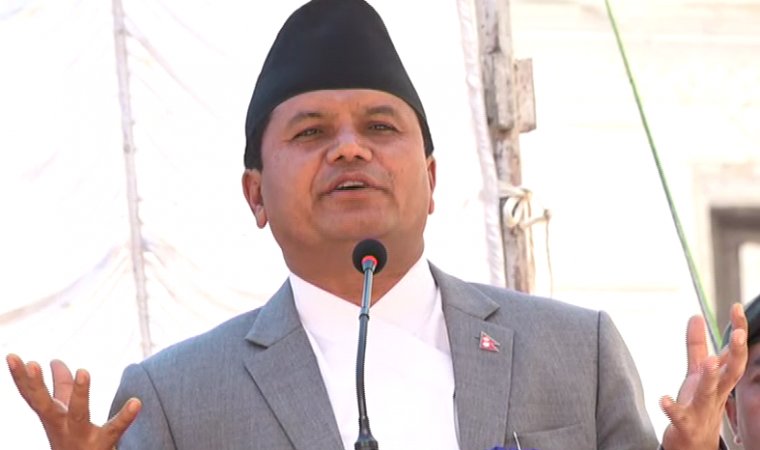 Biratnagar, May 26 . Minister for Culture, Tourism and Civil Aviation Rabindra Adhikari has said that the Biratnagar-Pokhara air service would begin soon.

At a programme organized here by Biratnagar Civil Aviation Office on Saturday, Minister Adhikari said that flight from Biratnagar to Pokhara would be started for inter-province connectivity.

Minister Adhikari said that Biratnagar and Nepalgunj airports would be developed as the regional airports through the new budget and two airline companies have expressed their readiness to fly 72-seater planes from these two airports to the cities of neighbouring country India.

In order to reduce the trade deficit of the country, Minister Adhikari pledged his support to take the Indian tourists by helicopters to the religious sites including Halesi, Pathibhara and others.

On the occasion, Adhikari also laid emphasis on the establishment of five-star hotels in the region.

Deuba stresses on environment for polls

‘Monopoly in vegetable market to be ended’