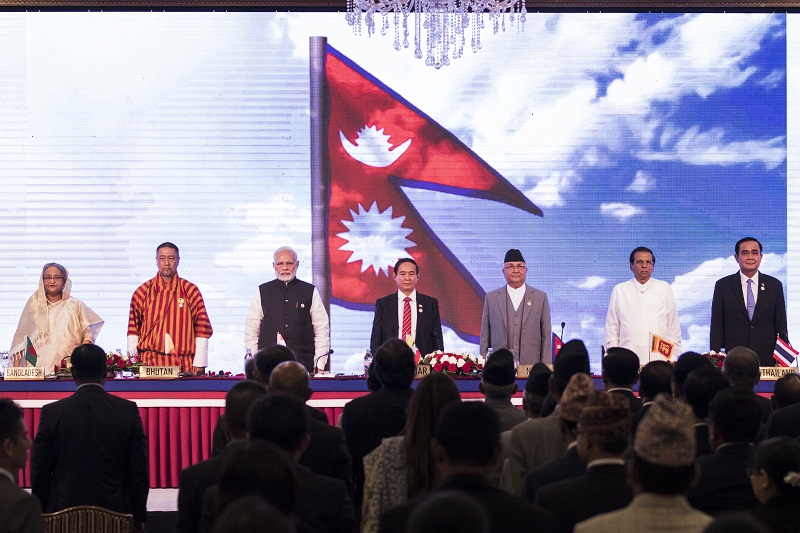 During the meet, Nepal stressed on the need of coming up with plans for development and prosperity keeping the countries facing consequences of climate change and landlocked ones at the center.

Talking to media persons following the Summit, Minister for Foreign Affairs, Pradeep Kumar Gyawali, said a task force would work to formulate a master plan for the expansion of connectivity in the region. The Asian Development Bank would assist to that end. “Expansion of connectivity remains a foundation of the BIMSTEC and it will be made through the implementation of a master plan once the task force completes its work,” he said.

The Minister further said the member States had promised to contribute to the BIMSTEC Development Fund as per their capacity and the Fund would be used to implement research-based and pilot projects. “Nepal is the place of origin of Buddhism and Nepal has its concern over the proposed Buddha Circuit.”

In his reply to journalists’ query as to why the issues of Rakhine State in Myanmar missed in the agenda of discussions during the Summit when its member States had come up with collective commitments against terrorism, he said, ” The objective of formation of the BIMSTEC is for serving common interests and concerns and internal issue of any particular country or a dispute between certain two countries did not enter the Summit.” As he said, making the BIMSTEC activities more effective and organising the Summit in every two years would be the insistence of Nepal in the days ahead.

In his response to the issues of Bhutanese refugee, the Foreign Minister said currently Bhutan has the interim government and it was already apprised that the Nepal would raise the issues once it got a new elected government.

An agreement on Railway connectivity between Nepal and India is due to be signed while PM Oli is scheduled to hold a bilateral meeting with the Sri Lankan President Maithripala Sirisena on Saturday, according to the Ministry of Foreign Affairs in Nepal.

Earlier, President Bidya Devi Bhandari had held a joint meeting with the top-leaders of the BIMSTEC member nations on Friday morning.

During the bilateral meetings, Thailand side assured that the medical equipments and other support amounting to Rs 170 million pledged by the Thai government during the Gorkha Earthquake in 2015 would be handed over to the Nepal government soon.

A 18-point Declaration was issued in the closing of the two-day summit that commenced on Thursday.