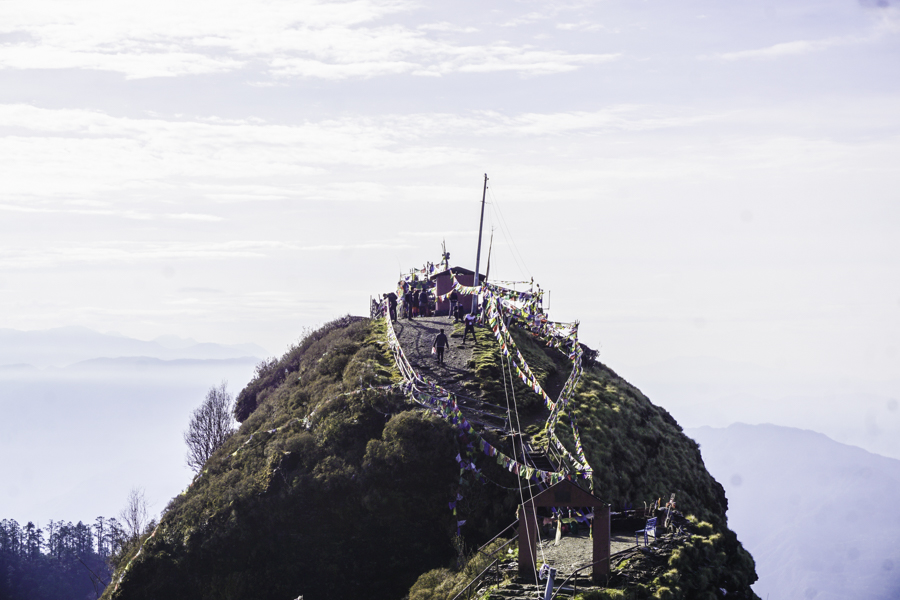 Charikot, Sept. 25 . A Cable Car, third of its kind in the country, from Kuri bazaar to Kalinchowk Bhagawati Temple in Dolakha district is coming into operation soon with its successful test two years after the construction began.

Executive Director of the company Balkrishna Siwakoti said that though preparations were ongoing to bring the cable car into operation before Dashain festival, it got delayed by some days for the arrival of technicians from Switzerland.

The cable car developed with the investment of Rs 400 million would be brought into operation in full scale from December as the electrical and programmer engineers would arrive immediately after the Dashain, CEO of the company Ashok Siwakoti added.
With the construction of the Cable car, the distance from Kuri to the Kalinchowk Bhagawati temple could be travelled in just five minutes.

Likewise, hotels with the investment of millions of rupees have been established while access to road upto Kuri bazaar is ensured along with the construction of cable car.

At least 60 killed, 191 wounded in violence across Iraq