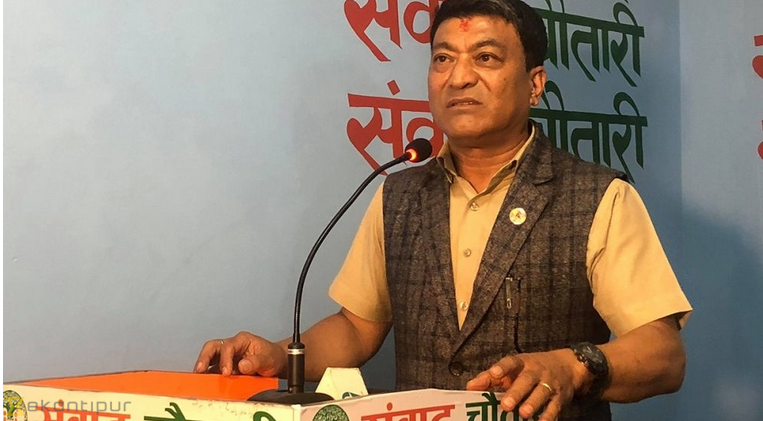 Kathmandu, Oct 9 . Lawmaker elected as people’s representative from Kathmandu constituency no 7 for the House of Representatives, Rambir Manandhar, has given a signal that he would resign from the post.

During an interaction organized at Sambad Chautari here Tuesday, Manandhar said, “As the resignation is to be approved by the Speaker, initial permission was sought from the party.”

He however argued that he was not stepping down under pressure from the party but on his discretion. “I honestly abide by the party decision and take responsibility the party assigns in future,” the lawmaker made it clear.

According to him, leader Bamdev Gautam had significant role in unification of the two communist parties. The need of his role in the parliament is widely felt to advance the country’s agenda of development and prosperity. So, my resignation would also help in this national agenda, Manandhar underscored.

He expressed confidence that the application he has submitted to the party would be approved. The lawmaker said, “Our party organization is smooth; we can persuade voters reaching their door step in the by-election.”

Lawmaker Manandhar said he submitted the resignation letter to the party in the presence of party Chair Pushpa Kamal Dahal ‘Prachanda’ and leader Gautam.