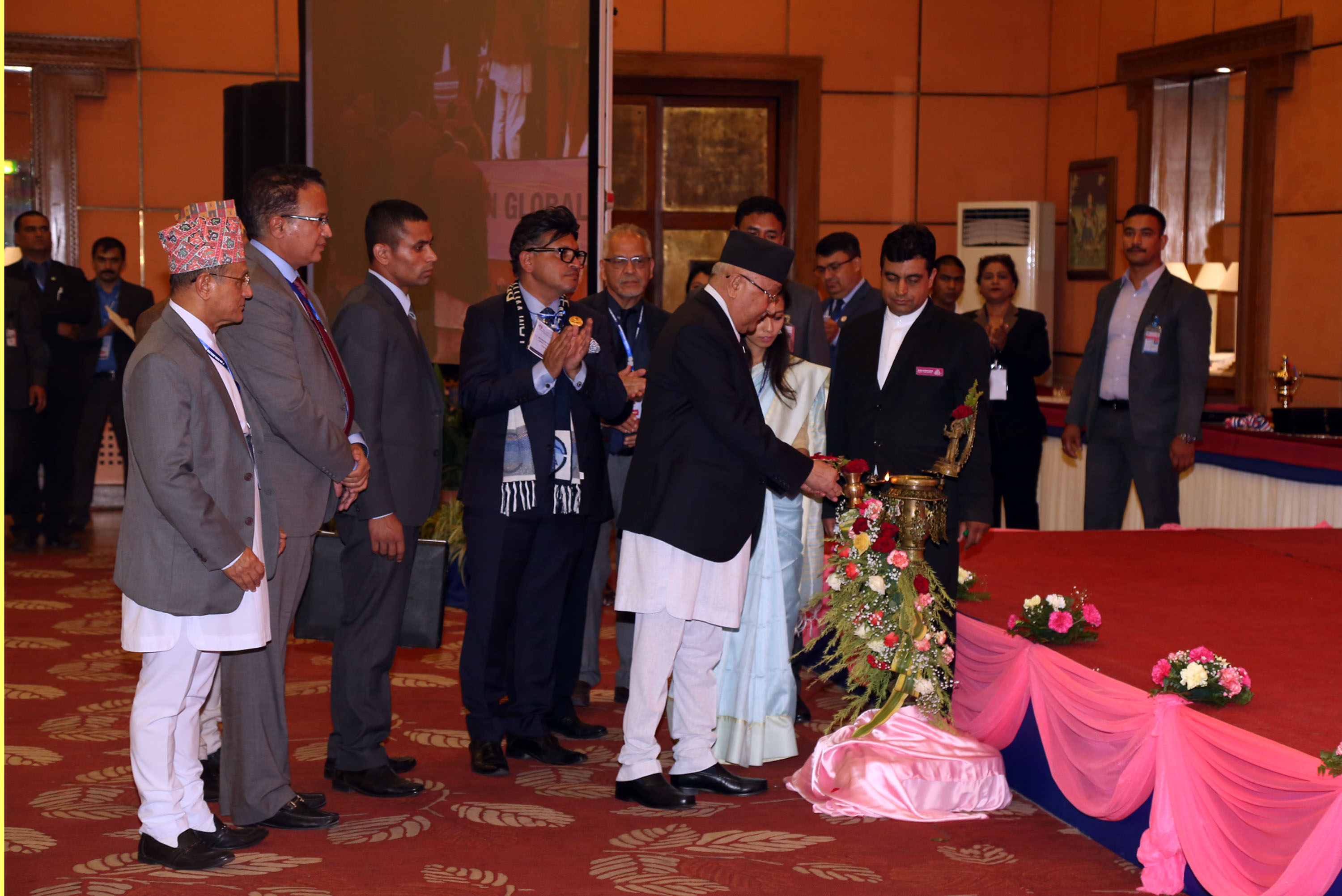 Inaugurating the global conference of non-resident Nepali experts kicked off in the capital city on Friday, PM Oli appreciated the role NRNA played to present Nepal’s unique identity across the globe.

“Government is committed to creating the atmosphere conducive for country’s economic prosperity. For this to happen, knowledge and skills are must,” PM Oli said, expressing the belief that the conclusion of the conference would be important for government to mull on development policy and practice. The knowledge, skills and capital need to be mobilized effectively for the development, he underscored.

According to him, the foundation to the development is created by study, research and experience. Participation of all sides is imperative for economic prosperity.
He said that contribution of NRNA in the post earthquake reconstruction was significant.

Saying the modernization of agriculture, use of technology was necessary, the PM reminded that the government had given special attention to invest in infrastructure development and hydropower sector.

Arguing the role of NRNs would be significant in tourism development, the Foreign Minister expressed the belief that the NRNs would work honestly as a medium to strengthen Nepal’s relations with developed countries of the world.

Likewise, President of the Federation of Nepalese Chambers of Commerce and Industry, Bhawani Rana, stressed that the FNCCI has paid attention to the promotion of export-oriented industries to reduce trade deficit.

Similarly, NRNA’s President Bhawan Bhatta reaffirmed that the Association was committed to contributing towards the prosperity of the country by investing the skills and knowledge learned abroad.

Bhatta argued that if the Nepalis abroad would utilize their skills and knowledge, it would lay a basis for the economic prosperity of the country.

Association’s International Coordination Council’s Founding President Upendra Mahato clarified that the Association had accorded highest priority for the development of their motherland.

Former NRNA Presidents Sesh Ghale and Jiba Lamichhane univocally pointed out the need for the investment-friendly policies in the country as they argued that if there were such policies, the Non-Resident Nepalis would consider investing in Nepal wholeheartedly.

PARTNERS AND SPONSORS OF EPL  DISCLOCLED