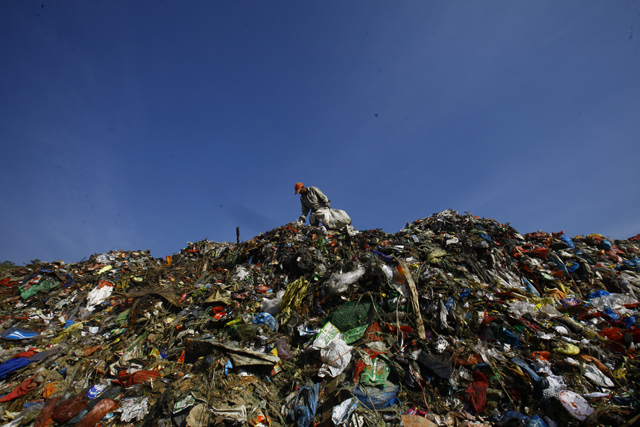 Kathmandu, Oct 27. A total of 21 metric tonnes of solid waste was collected and managed today from the Kathmandu Valley. The cleanup campaigns were based in the various rivers and the Ring Road area. The Bagmati River was cleaned near the Buddhanagar Bridge area under the 285th week of the Bagmati River Cleanup Mega Campaign.

Under the campaign, six metric tonnes of river waste was collected with the participation of over 460 people from 21 organisations including the High Powered Committee for Integrated Development of the Bagmati Civilisation , the Kathmandu Metropolis, Nepal Army, Nepal Police and the Armed Police Force, said committee member Mala Kharel.
Secretary at the Ministry of Urban Development Ministry, Dr Ramesh Prasad Singh also joined the campaign.

Similarly, the Bagmati Beauty Concerned Forum which is engaged in cleaning the river right from its source carried out the river cleaning at Hatyamochanghat area at Kageshwori Manohara municipality-8 and managed two metric tonnes of garbage, said Devi Kharel, one of the participants of the campaign.

Similarly other rivers such as the Rudramati at Ratopul- Kalopul- Setopul area; and the Manohara River in front of the Narephant area were cleaned today. However, clean up works at Bishnumati River could not take place today as the members of the Bishnumati River cleanup campaign were not the available in the Valley as they went to their home towns for the celebrations of the Dashain festival.

Likewise, under the Ring Road area cleanup campaign, an area around the overhead bridge at New Bus Park as cleaned. The campaigners found used packets of tobacco and Gutkha and junk food thrown on the street making the area dirty. They seized from tobacco and Gutkha packets put on a sale from seven shops in the area and have demanded the ban on the sale of tobacco products and junk foods in plastic bags.

The cleanup works were also carried out at Aloknagar area at Kathmandu metropolis-31 and an area from Syuchatar bridge to Soaltee mode. Meantime, three tonnes of garbage was removed from the Hnaumante river in Bhaktapur under the 34th week of the Hanumante River Cleaning Campaign today.