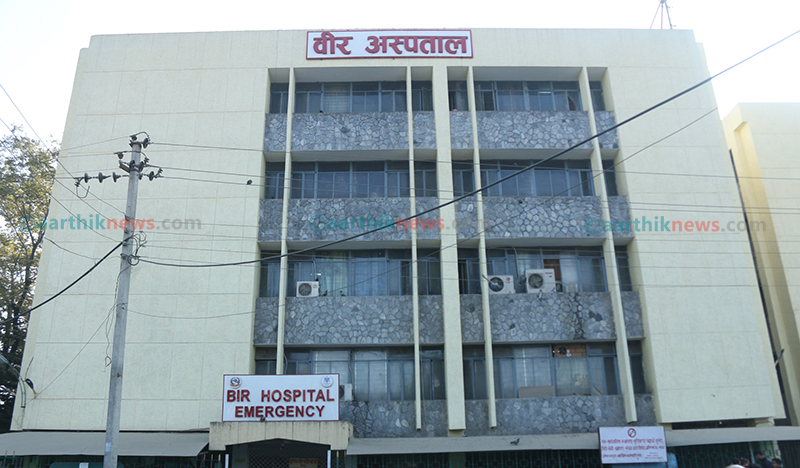 Kathmandu, Oct. 29 . The National Vigilance Centre (NVC) has said that misappropriation was found in National Academy of Medical Sciences (NAMS), Bir Hospital, in equipment procurement and recruitment of personnel among others.

The report states that the equipment were purchased during the last period of the fiscal year in a haste to prevent the budget from freezing adding that the NAMS has failed to make a plan for procurement. Likewise, NVC pointed out that medicines and goods needed for cleanliness were directly procured.

Furthermore, the NVC said that 94 employees in Bir Hospital and 100 in National Trauma Centre were recruited without approved posts. In its report, the NVC has said that the salary and wages, and other facilities collected from the employees recruited by violating the approved quotas should be recovered from the recruiters.

Likewise, the NVC has suggested constituting a procurement division under the leadership of a senior doctor adding that the equipment were procured by a team from AHW, nursing and administration rather than the specialists.

The Bir Hospital was also found buying a CT Scan Machine by violating the Act and Regulations. The report prepared by the NVC has been sent to the Office of the Prime Minister and Commission for the Investigation of Abuse of Authority (CIAA), NVC’s Information Officer Dal Nath Aryal said.

The NVC had formed a probe committee under the leadership of its under- secretary Yam Prasad Bhusal to probe and prepare a report about Bir Hospital.