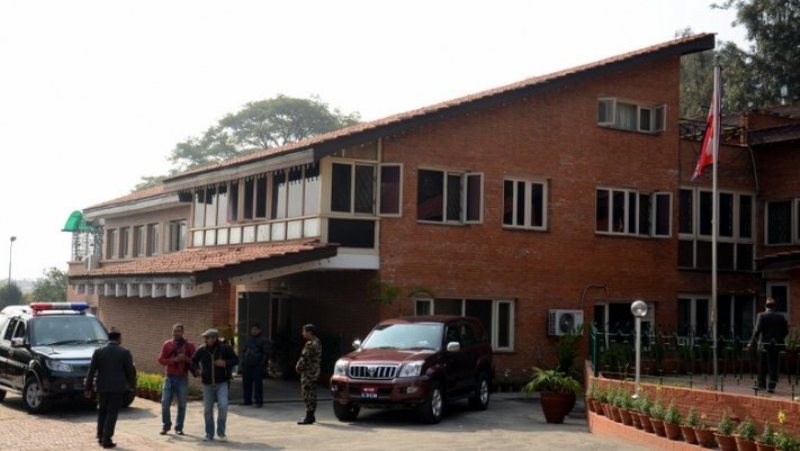 Kathmandu, Nov 16. The Government has agreed in principle to formulate a bill relating to speedy construction of national priority development projects.

Sharing decisions of the November 11 Council of Ministers meeting at a press conference held today, government spokesperson and minister for communications and information technology Gokul Prasad Baskota said the cabinet endorsed a proposal seeking suggestion of the Public Service Commission in the Ordinance designed to manage the issue of employee adjustment and to formulate the revenue tribunal bill.

Likewise, the government has approved temporary positions to expedite ongoing projects in the ministries of energy, water resources and irrigation, agriculture and livestock development, physical infrastructure and transport, labour, employment and social security.

The meeting decided to transfer the ownership of 71 ropani of land owned by the late King Birendra and his family in Kamaladi of Kathmandu and Madhyapur thimi municipality to the name of Nepal Trust.

Meanwhile, the government has appointed Dr Rajan Bhattarai as the foreign affairs advisor to the Prime Minister with minister-level facilities. Dr Anjan Shakya has been recommended as the Ambassador to Israel.

The current ambassador Niranjan Kumar Thapa has been recalled. Nepali ambassador to South Africa Amrit Bahadur Rai has also been called back.

The cabinet decided to accept the concessional loan of 180 million US dollars provided by the Asian Development Bank for improving the East-west Highway (Kamala-Kanchanpur section), another 148 million USD loan and 15 million USD in grant for Disaster Resilience of Schools Project.

The grant worth 22.7 million USD from World Bank for Global Agriculture and Food Security Programme and concessional loan worth 133 million USD for construction, maintenance and improvement of various bridges in the country was also accepted.

The government also decided to provide relief support of one million rupees to the family of Ram Bilas Mahato, who died in an incident that took place in Sarlahi few weeks ago and provided free treatment to those injured in the same incident.

At the press meet, Minister Baskota shared that a regular press conference was begun in order to reach the cabinet’s decision to the people. “The government’s policy is to make the decisions public following their maturity after 24 hours,” he said.

The cabinet decisions will now be shared through a press meet to be held every Thursday at the Communications Ministry.

Chennai Express to be realesd in 10 intl. languages