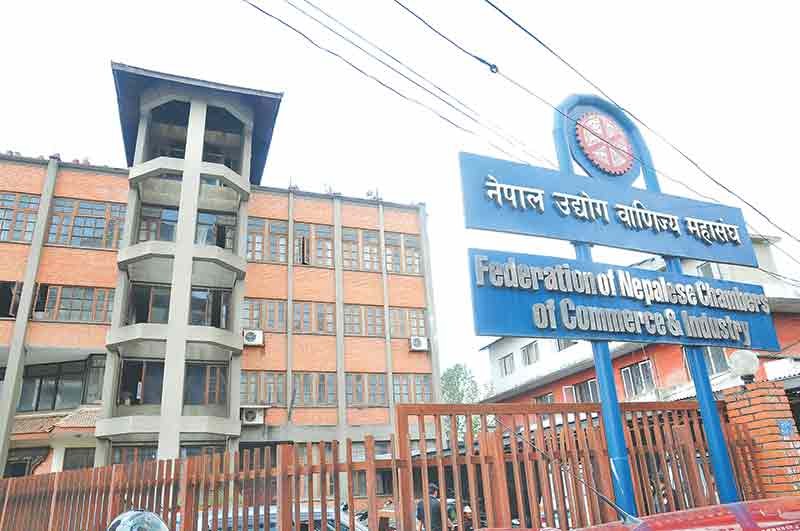 Minister for Industry, Commerce and Supplies, Matrika Yadav, asked the industrialists to come for discussion as the government was committed to preparing the environment to sell their own products rather than selling others’ productions.

At an interaction programme organised by the Ministry on the occasion of Industry Day here Sunday, Minister Yadav said the government was ready to collaborate with the private sector, adding that he was ready to coordinate with any ministries to remove obstacles surfaced in development of industry.

Secretaries at the Ministry, Chandra Kumar Ghimire and Yam Kumari Khatiwada, pointed out the need of collective initiatives to make country’s economy healthy, saying that development was only possible from industry-based economy.

Similarly, President of the Federation of Nepalese Chambers of Commerce and Industry (FNCCI) Bhawani Rana claimed that the country could not attract foreign investment until formulation of a policy favourable for the foreign investment while Chairman of Confederation of Nepalese Industries Hari Bhakta Sharma said that there was no environment conducive to establish new industries.

Likewise, former President of FNCCI, Pashupati Murarka, industrialists– Sumit Kediya and Krishna Adhikari, among others pointed out the need of policy as per the need.
Director General of the Department of Industries, Binod Praksh Singh, briefed about the present condition of Industries in the country.