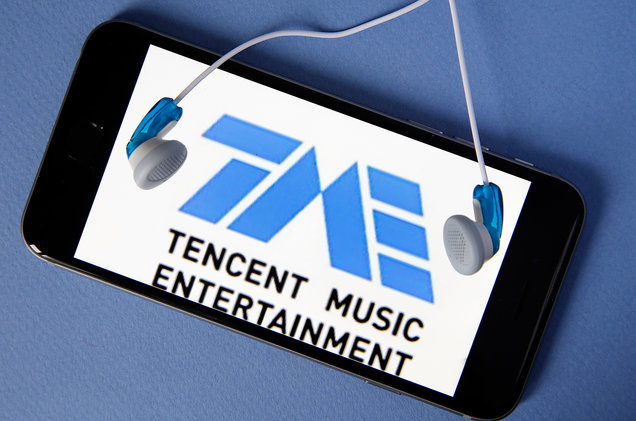 NEW YORK, Dec 12 .  Tencent Music, the streaming division of Chinese technology giant Tencent, said Tuesday it will raise $1.07 billion from the pricing of its US public share offering.

The group will enter the New York Stock Exchange Wednesday with an initial public offering (IPO) of $13 a share, it said in a document filed with the Hong Kong Stock Exchange.

Even though that puts the IPO at the low end of the range shown in documents filed with the US Securities and Exchange Commission, it still values Tencent Music at $21.3 billion in what would be one of the largest tech debuts on Wall Street.

Forecasts earlier this year had valued the music unit at $25 billion or more. The filing said the company had achieved “growth and profitability at scale” with revenue of $1.9 billion in the first nine months of the year and a profit of $474 million.

Tencent’s platforms across China include QQ Music, a start-up streaming service similar to Spotify that has the rights to stream songs from US-based Warner Music, among others.

The company said it planned to use the proceeds to “enhance our music content offerings to improve the variety, quality and quantity of content on our platform: and to help grow its base.”

Parent firm Tencent is one of the largest tech firms in China with the WeChat social media platform and some one billion users.

Tencent also operates a variety of businesses including gaming and advertising, and is seeking to invest more aggressively in online video, cloud services and artificial intelligence.

The IPO is one of several in the United States by big Chinese technology firms including Alibaba and Baidu.

Gold dealers protest for no transaction during price fall