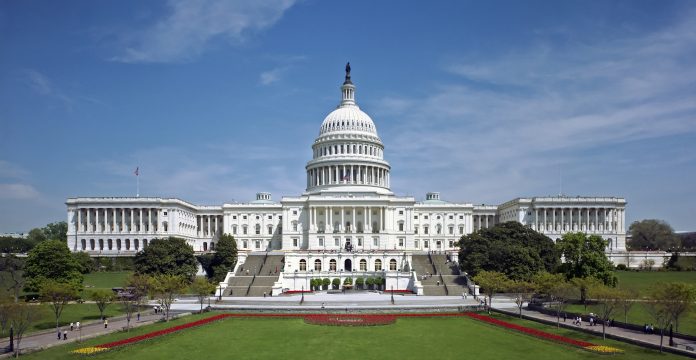 Kathmandu, Dec. 27. US senate approves a colossal 900 billion US dollar spending package on 21st December.  In the package that has approved the day after premier of Nepal KP Oli dismissed the parliament, has appropriated about 13 billion Nepalese Rupees at the time when Nepal is facing austere condition even to run its parliament.

The US senate has enacted the fund for the Nepal in the 1493rd page of it’s of its 5593 pages’ legislation passed in the late Monday. It has been appropriated under its development and military assistance for foreign military program.

The fund under the economic relief measure and development proposed that ” Of the funds appropriated under titles III and IV of this act, not less than 130,256,000 USD shall be made available for assistance for Nepal, including for development and democracy programs”. The act has emphasized that the assistance will be extended for the development and consolidation of democracy.

It has further maintained that fund will be made available for humanitarian and disaster relief and reconstruction activities in addition to support of international peacekeeping operations. However, such fund will be proceeded after the Secretary of State certifies and reports to the Committees on Appropriations.

Meanwhile, to avail the fund, Nepal must be investigating and prosecuting violations of human rights and the laws of war, and the Nepal Army is cooperating fully with civillian judicial authorities in such cases.

President Donald Trump has yet to rectify the bill passed by US senate.

Go Places in this Valentine’s Day