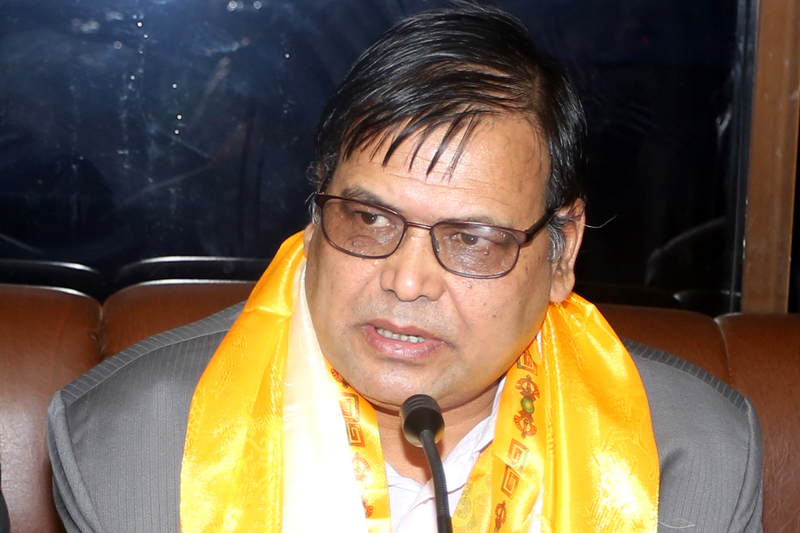 Kathmandu, April 19 .  Speaker of the House of Representatives Krishna Bahadur Mahara has participated in the People’s Hydropower Programme announced earlier by the government.

The programme is aimed at encouraging the people to purchase the shares of hydroelectricity projects and thereby contribute towards the prosperity of the nation. The government has started the programme with the objective of constructing hydropower projects by mobilizing domestic capital and givingits profits to the people.

There is enthusiastic participation of the people in this programme and people occupying high state positions have also started buying the shares of hydropower projects.

In this connection, Speaker Mahara opened DMAT account at Global IME Capital on Thursday. He has purchased the shares of the Rasuwagadhi and Sanjen hydropower companies. The companies issued the IPOs from today.

Speaker Mahara joined the People’s Hydropower Programme at a programme organised at the Ministry of Energy, Water Resources and Irrigation today.

On the occasion, Speaker Mahara expressed his happiness to be a part of the programme and urged the bodies concerned to seek ways of enlisting the maximum participation of the people living in remote parts of the country in the programme.

“You have started this very good programme. We should find the appropriate method and alternative as to how all the Nepalis’ participation could be had in this programme,” he said to Minister for Energy, Water Resources and Irrigation Barsha Man Pun, who was also present on the occasion.

Poverty drives a woman to sell own baby