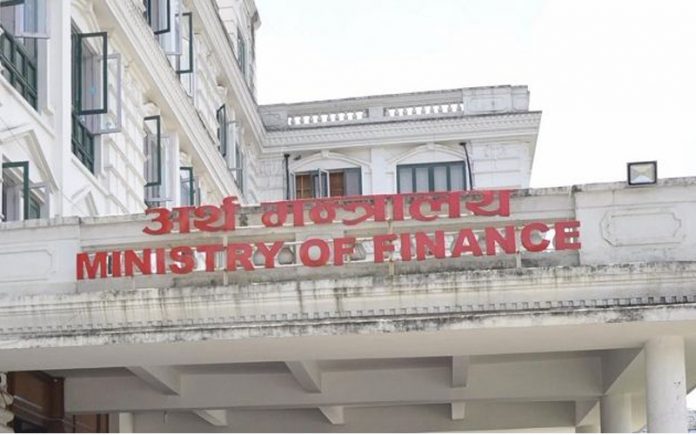 Kathamndu, May 28 . The growth rate of health sector in the current fiscal year 2075-76 BS (2018-19) is expected to remain at 6.7 percent in comparison to 6.3 percent of the previous fiscal year. This is stated in the government economic survey report, till the month of Fagun ( mid-March) of the current fiscal year,unveiled Monday.
The total fertility (per woman) rate is 2.3 and the contraceptive prevalence rate is 53 percent while the neonatal mortality (within 28 days of the birth) is 21 in every 1000 live births. Similarly, infant mortality rate (within one year of birth) is 26 in 1000 live births and child mortality rate under 5 years (per 1000 live births) is 39.
The percentage of women with at least four antenatal visits is 69 percent and the percentage of women giving birth with the help of skilled birth attendants is 58 while the percentages of children undergoing complete vaccination is 70 percent.
The report states that in the period, only four health institutions were built from the government level and this number was 4513 last fiscal year. No bed was added in government health facilities in this period while 8,172 beds were added last year.
The last year’s indicators show that total fertility rate (per woman) was 2.1; contraceptive prevalence rate was 55 percentage; neonatal mortality rate was 17 in every 1000 live births; infant mortality rate (within one year of birth) was 26 in 1000 live births; child mortality rate under 5 years (per 1000 live births) was 30.
Similarly, percentage of pregnant women with at least 4 antenatal visit was 72 percentage, pregnant woman giving birth with the help of skilled birth attendants was 72 percentage, the percentages of pregnant woman giving birth at health institutions was 72 and the percentage of children undergoing complete vaccination was 80.
With the implementation of federal system at home, the public health offices, sub health posts and primary health posts have been handed to the local level. A total of 90,946 human resources work there.
This number includes doctors, nurses, public health workers and women health volunteers. Some 15 million people received the outpatient department services from the government, private and community health institutions and 483,000 were hospitalized while 875,000 received emergency services.
Under the government’s immunization programme, 11 types of vaccines were administered to a total of 272,000 children and as many as 194,700 children below five years having pneumonia were treated. Likewise, as many as 731,034 new users of contraceptives were recorded during the period against 772,879 new users in the last fiscal year.
Altogether 8,568 tuberculosis patients received treatment during the period. Malaria was detected in 617 people while conducting blood test of 88, 520 people. Likewise, more than 5,800,000 people contracting elephantiasis were offered medication while 16,428 HIV-infected people were provided with treatment from ART service centres.
As many as 751 kidney patients received treatment at the Shahid Dharmabhakta National Transplant Centre in Bhaktapur while five cases of kidney transplantation were recorded during this period. According to the survey, a total of 14,474 heart-patients received treatment from the National Public Health Laboratory while cardiovascular surgery were performed on 601 patients under 15 age and 456 patients above 75 age .
The heart-patients of this age group are offered surgery free of cost. Similarly, 23,751 doctors were registered in the Medical Council while 55,906 nurses were registered in the Nepal Nursing Council. A total of 31,948 Auxiliary Nurse Midwife (ANM) were registered as of mid-March. 841 foreign nurses serving in Nepal were serving in Nepal.
There were altogether 610,000 insurance beneficiaries under the National Health Insurance programme in various 42 districts while 70 types of medicines were distributed in a 25-bed hospitals under the National Free Health Service Programme, various 58 types of medicines were being distributed from the Primary Health Centre while 38 types of medicines were being distributed from health posts.
Altogether 35, 317 patients from impoverished families were provided free of cost healthcare services as of mid-March. Various 21,820 patients of cancer, cardiovascular ailments, Alzheimer’s, sickle cell anemia and head injury had received the treatment.

Democratic forces should be united in CA election