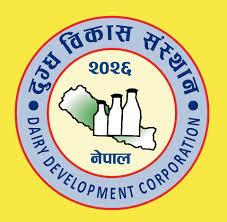 Kathmandu, July 18 .  At a time when most of the government-owned corporations are criticized from all sides as merely being ‘white elephants’, the Dairy Development Corporation (DDC) has been able to free itself of this tag and proved as the best performing corporation.
DDC has proved that eve

n the continuously loss-making public corporations could transform themselves into profit-making entities with the right decision of the political leadership, proficient management, improvement in working style and emphasis on quality service delivery.

Like the Nepal Electricity Authority (NEA) which has won the confidence of the Nepali people by making profit since the past two fiscal years, the DDC has projected itself as a capable corporation by earning profit of Rs 57 million 206 thousand 895 in the nine months of the fiscal year 2018/19.

DDC has been paying 18 percent of its profit as tax to the government. Its net profit will be about Rs 48.5 million after payment of tax.

DDC has established itself as a profit-making corporation thanks to Minister for Agriculture and Livestock Development, Chakrapani Khanal’s no-nonsense guidelines, the initiatives taken by the DDC’s top leadership and the government’s goal of gaining self-sufficiency in milk and milk products.

However, the Corporation needed to work more to continue its march towards earning profit and consolidating its financial and managerial aspects.

“DDC should become credible corporation that provides quality services and products at relatively cheaper price. Please pay attention while doing the branding and packaging. Milk would be imported if needed but the import of powder milk would not be opened up,” said Minister Khanal, outlining the government’s views about DDC.

The government has adopted the policy of providing subsidies in dairy cattle rearing, of encouraging the foreign employment returned youths to take up agriculture occupation and other programmes with the objective of making the country self-sufficient in milk and milk products. The government’s goal is to invest Rs 500 million for this purpose.

DDC chairman Basanta Giri said they were successful in taking the corporation towards profit in the last few years by improving its work style and emphasis on quality products along with a new management coming into office. The corporation was constantly making losses until fiscal year 2016/17.
“The corporation started making profit after the government banned the import of powder milk,” Giri opined.
Minister Khanal had taken several policy decisions for the infrastructure and financial reforms as well as quality production within the DDC soon after assuming his office.

He had suggested time and again transforming milk into powder so as to end the situation wherein farmers are forced to dump their milk for want of the market. Minister Khanal asserted that ‘milk holiday’ has ended following the state providing additional subsidy to the entities producing powdered milk.

Lately, the Corporation has progressed in the sale of milk and production of milk-made food items by expanding its market every year.

Price of precious metals boosted in the weekend