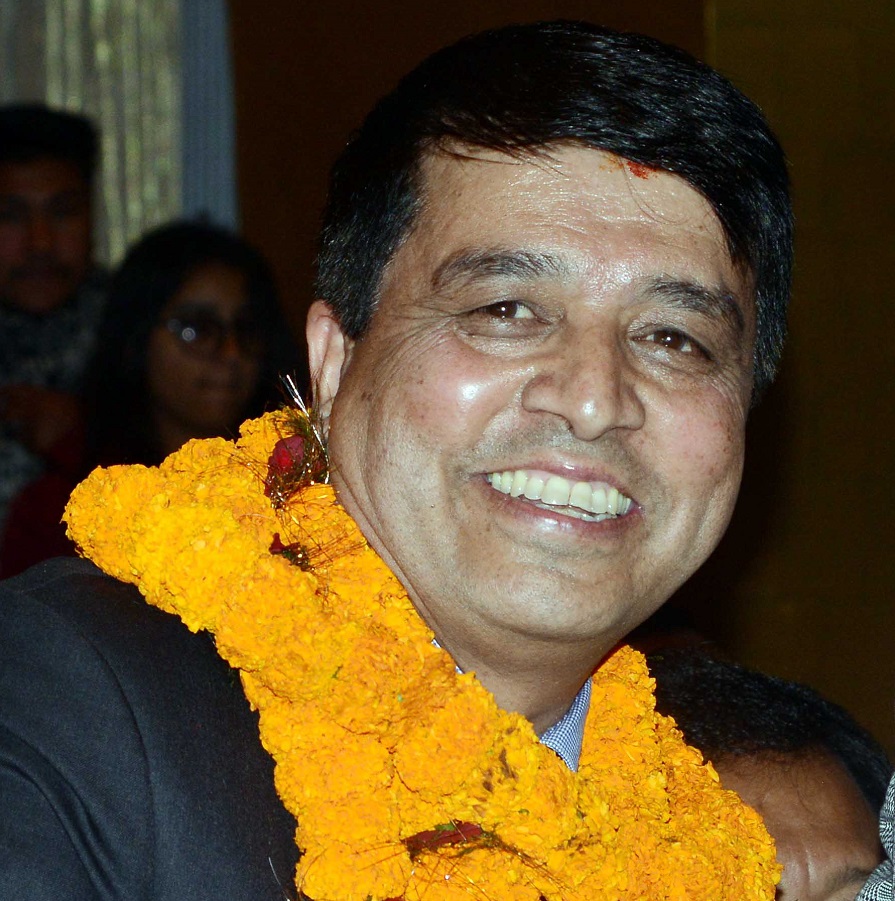 Dhakal has formally announced his candidacy for the post of the Senior Vice President of the Federation at a programme organised in the capital on Wednesday.

“I declare my candidacy for the post of the Senior Vice President of the Federation from my own hometown among my relatives, well-wishers and seniors,” he said.

Stating that his own career was started from very small business, he said that he understands the issues and problems of the business community.

“My own career was also started from a very small business and job. And I have reached the present stage playing here,” he said adding, “Therefore, I understand the situation, problem and issues of small business people and entrepreneurs.”

Dhakal pledged to work for raising the confidence of the business community and remain together with them at every ups and downs.

Stating that the government alone could not meet the development expectations and fulfill the aspirations of all, he said that he would work make the private sector more strong and competent for lobbying with the government to create conducive business environment.

He said that he would work to create conducive environment to attract foreign investment in the country, to bring in new and innovative ideas and technologies, fight for the rights for the private sector and settle the issues and grievances of the business people.

“Last but not the least, I will lobby with the government for attaining rapid economic development with social justice and achieve the goal of prosperous Nepal and happy Nepali,” he said.

Dhakal, is a first generation serial entrepreneur of Nepal. He and his brother Hem Raj Dhakal co-founded the IME conglomerate of businesses. He strongly believes in and adheres to the ethics of professional financial conduct and governance. Additionally, he has set an exemplary model for the successful merger and acquisition of banks and financial institutions in Nepal. Dhakal’s visionary leadership has contributed to evolve the IME Group from its humble beginnings into a fast growing conglomerate.

His public relations are far reaching among the government and non-government sectors, diplomatic and business community.

Dhakal has been serving as the Honorary Consul of the Republic of Indonesia in Nepal since 2010.