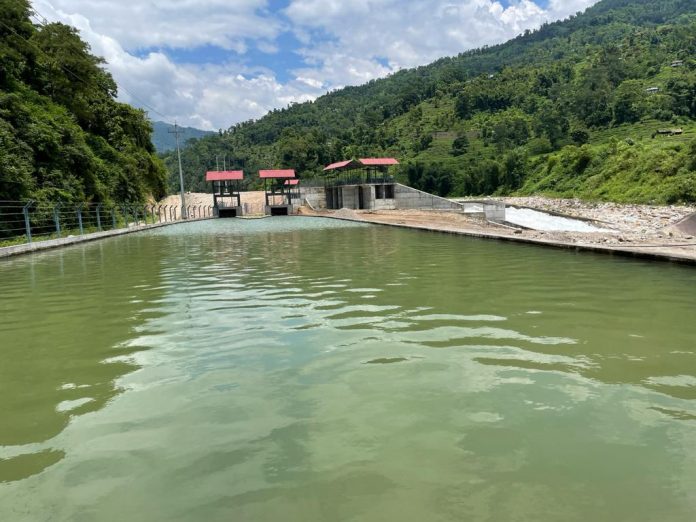 Kathmandu, Sept 24.  Maibeni Hydropower Project with an installed capacity of 9.51 megawatts (MW) has started its commercial operations from 1stAshwin 2078 (September 17, 2021). The hydropower plant developed in the Ilam district by Samling Power Company Ltd. (SPCL), an associate company of Urja Developers is now in full commercial operations.

Nepal Electricity Authority (NEA) declared the commencement of commercial operations of the Maibeni Hydropower Project after the successful completion of a 15 days’ trial production period following various stages of testing in the presence of the representative from NEA.

The project which has been completed two months before the Required Commercial Date of Operations (RCOD) as agreed in the Power Purchase Agreement (PPA) signed with NEA will be contributing 53.28 gigawatt-hours (GWh) of electricity to the national power grid annually.

Out of the total One Million, Two Hundred and Thirty Thousand (1,230,000) ordinary shares, the company had issued Five hundred thousand (500,000) shares for the project affected areas people in the first phase.

In the second phase, the company has pipelined the issuance of the remaining Seven Hundred Thirty Thousand (730,000) IPO after accomplishing the share allocation process to the locals.

Out of the remaining public offering, fourteen thousand and six hundred (14,600) shares are reserved for the employees of Maibeni Hydropower Project while the Thirty-six thousand and five hundred (36,500) shares will be allotted in the form of mutual funds.