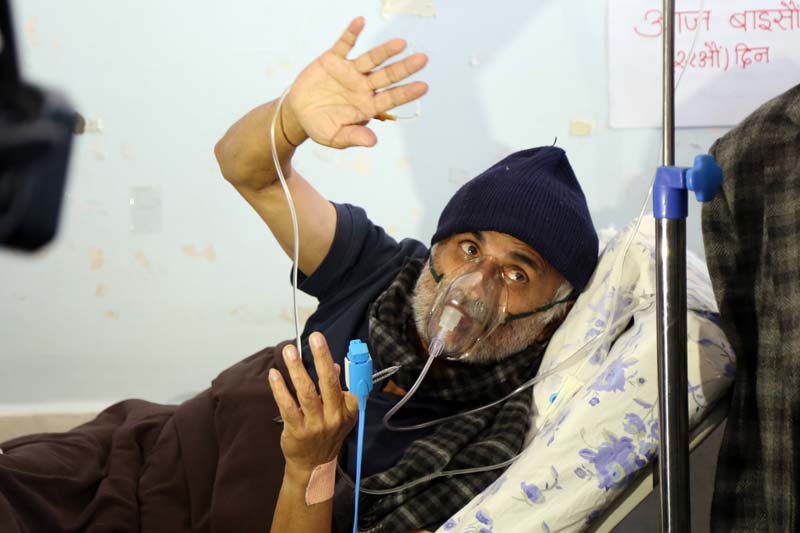 Pashupatinagar, Jan 14 . Prof Dr Govinda KC who has been in his 16th fast-onto-death for the past six days in Ilam demanding reforms in the field of medical education has been hospitalized.

However, he has refused to take medicines. Dr Bhandari accused the government of neglecting the health condition of the agitating orthopedic surgeon.

Dr KC has launched his 16th hunger strike from Ilam putting forth six-point demands. Among the demands are that the Medical Education Bill should be in the people’s favor and the six-point agreements reached with the government during the course of his previous strike should be implemented.

Government to intensify preparedness on Covid-19, suspends VISA for some countries