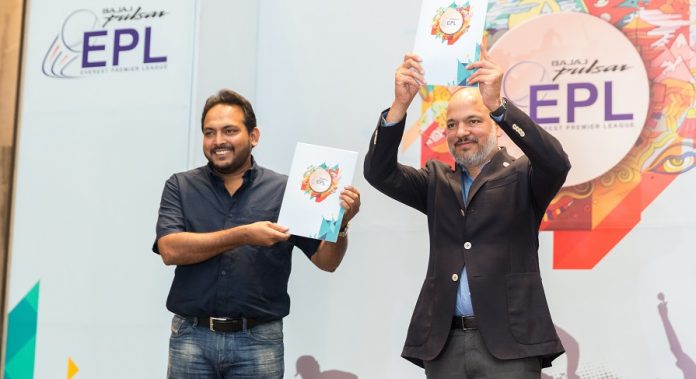 Mr. Shekhar Golchha, Chairman of Golchha Group said,” Bajaj Pulsar has always been love of Nepali youth, in recent years Cricket has also become the passion of Nepali youth. Hence, we have decided to be the title sponsor of Nepal’s biggest Cricket league EPL. We have always promoted sports in Nepal, have been sponsoring sports award for years. This association will definitely help create more quality players from across the country, hopefully they will be new finds for National team too. Bajaj Pulsar is and remains committed to the development of sports in Nepal”

Mr. Amir Akhtar, Managing Director, EPL said, “EPL since its inception has been able to generate huge attention from cricket lovers in Nepal and abroad; and as a consequence in the marketing arena as well. We have always made sure that the brand EPL associates itself with is highly regarded and sought-after just like EPL. Bajaj – the brand exemplifies excellence – and that is what we at EPL are continuously striving for-excellence. I couldn’t have asked for a better partner as title sponsor for EPL and hope that this association brings lot of success and joy to all stakeholders.

Bajaj Pulsar is always eager to support Cricket in Nepal. This association will help in promoting the game in the country by offering opportunities to young cricketers. The league which is extremely popular in Nepal allows young players to play alongside international talent, which will greatly benefit cricket in Nepal

CAN charged for violating economic discipline