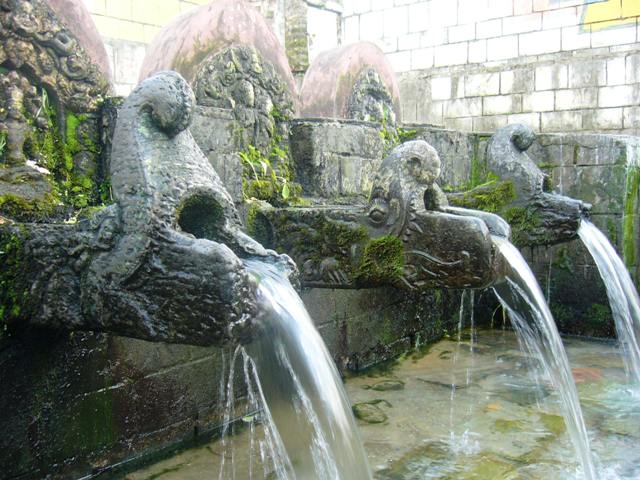 Kathmandu, Oct 27 . The government has the objective of providing basic drinking water facility to 94 per cent of the total population of the country within the next three years.

The government, which has the target of extending this service to 92 per cent of the population within the current fiscal year itself, is envisaging to provide basic potable water to its citizens by utilizing all kinds of appropriate means and resources.

The national pride project, Melamchi Water Supply Project, which is set to complete within some time will provide the drinking water in the Kathmandu Valley. The government is also planning to forward the second phase of this project too.

Although there was the target of bringing the water from the Melamchi river in Sindhupalchok district to Kathmandu in October last year itself, this was not possible due to the lackadaisical working style of the construction company and other technical reasons. According to Minister for Water Supply and Sanitation Bina Magar, this project would be completed in the coming three months and bring water from the Melamchi stream to be supplied to the Kathmandu Valley.

The medium-term expenditure regime prepared by the National Planning Commission has accorded top priority to the basic drinking water supply.

Similarly, works to this connection have been moved ahead in the districts of the Tarai Madhes based on a special work plan. Minimization of the existing problems related to drinking water and arsenic contamination in Tarai Madhes and works on solid waste and sewerage management have been forwarded with priority in the urban and semi-urban areas.

Likewise, the government has projected that 88 per cent of thepopulation will have sanitation facilities within the coming three years.

Drinking water and sanitation facilities will be provided in the urban and semi-urban areas through the Third Small Urban Water Supply and Sanitation Project. As per this programme, a population of 238,273 of 39,017 households would be benefitted with completion of 28 projects in the next three years.

Similarly, the government has dreamt of constructing inter-province reservoir-based drinking water projects and enhancing capacity in relation to the minimisation of climate change under the Climate Adaptation Greater Drinking Water Project. As per the programme schedule, six projects will get complete by the next three years and they will directly benefit 250 thousand population.

Minister Magar said that the government has set the abovementioned goals to protect the citizen’s right to pure drinking water guaranteed by the constitution. Besides, the government targets to have the capacity of producing, storing and processing 6 million liters of water a day inside an area of service in the next three years.

As projected by the medium term expenditure draft, there seemed no challenge to meet the targets if the budgetary issues were guaranteed. However, a delay in tender calling procedure, natural disaster and lack of coordination in the infrastructure constructions remain as risk factors for them which could affect in the quality of water as well and the government is all aware of all untoward adversities. The Ministry said that it had been working its best to avoid such risk factors, removing the policy-level weaknesses towards that end so as to meet the expected results.

Sesh Ghale elected as a new president of NRNA