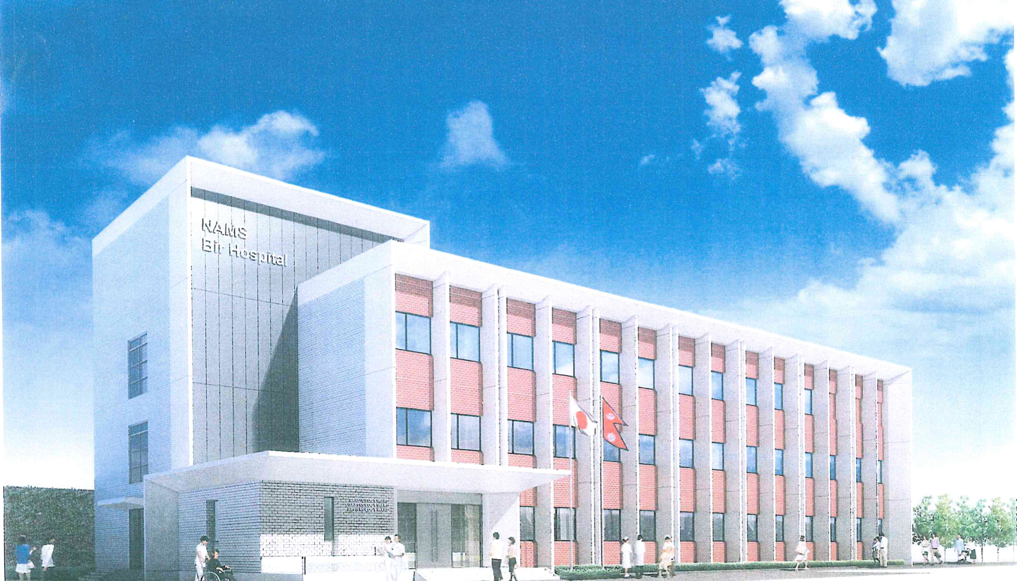 Kathmandu, Nov 18 . The oldest hospital of the country, Bir Hospital, is in the process of getting a separate well-equipped building for surgery within the next two years. The proposed nine-storey building will have 15 operation theaters.

The expansion and strengthening of physical infrastructure at Bir Hospital operating under the National Academy of Medical Sciences is the top priority of the Ministry of Health and Population. The construction works of the building and purchase of required equipments are underway simultaneously.

The new building will have a post-operative ward; a 40-bed surgical ward; an Intensive Care Union (ICU); and a library as well. The new infrastructure will also have the facilities friendly to the senior citizens, disabled and the visitors, the NAMS says.

It is estimated to cost Rs 3.85 billion to complete the construction in two years. It is being constructed in an area where there was the old building of the NAMS nursing college which collapsed in the 2015 April earthquake. The building construction was inaugurated by Prime Minister KP Sharma Oli on March 9.

The hospital that had started its services in 1947 BS with 15 beds has now 450 beds. The NAMS operates Nursing, MBBS, MD classes and training as well.

The post of NAMS Chancellor has been lying vacant since the past five months. As shared by an employee, the delay in appointing the chancellor has caused inconveniences to the operation of hospital regular activities.

Secretary at the Ministry of Health and Population, Dr Sushilnath Pyakurel, said the recommendations have been already made before the minister to make appointments in the posts lying vacant in various health academies.

Similarly, infrastructures are being developed to upgrade the hospital by adding extra services including a helipad service for the first time from the government level.

The hospital has started its service from its branch at Duwakot of Bhaktapur from October 10 as part of its service expansion in line with the policy of the Ministry of Health.

The Duwakot branch provides OPD and surgery at present. OPD service starts from 9 am to 5 pm. The NAMS has permitted the construction of well equipped physical infrastructure for the hospital branch to provide international standard service, said the Hospital’s Director Prof Dr Bhupendra Basnet.

The Ministry of Health has allocated Rs 300 million as per the master plan of the NAMS and provided approximately 570 ropanis of land for the construction of physical infrastructures for the hospital branch.

“Necessary human resources including a medical officer, nurses and assistant health workers have been managed for the hospital branch. Medical equipment and other workforce that includes specialist doctors will also be managed as per need,” said Basnet.