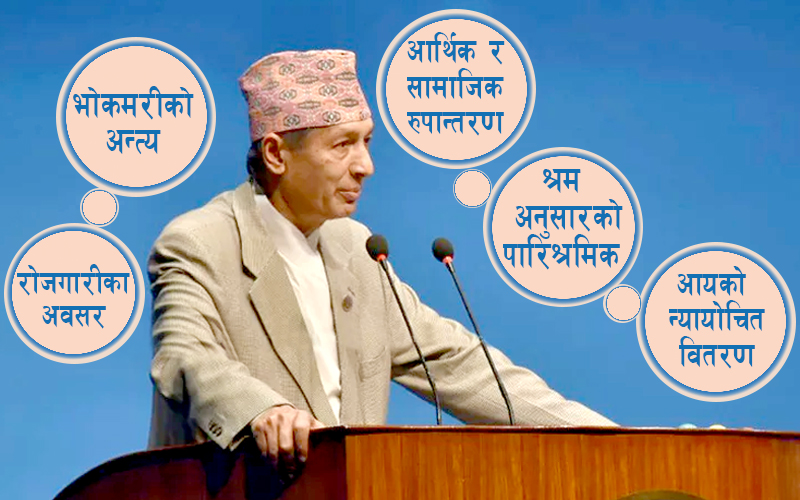 Kathmandu, May 9 . Finance Minister Dr Yubaraj Khatiwada has apprised the National Assembly (NA) that the upcoming budget would align the fundamental rights enshrined in the constitution and Sustainable Development Goals (SDGs).

Dr Khatiwada said this while presenting a motion ‘Principles and Priorities of Appropriation Bill for the Budget (excluding tax proposal) of Fiscal Year 2075-76 BS ” at National Assembly.

The government’s top priority is to implement the constitutionally-guaranteed fundamental rights of the citizens and attain rapid economic growth, he said, adding, “Next budget will be focused on reducing poverty and attaining economic prosperity”.

Among the priorities of the budget for next year are puire drinking water, access to basic health services, health insurance for all, elimination of illiteracy, public education, new employment opportunities, capacity building of labourers and tourism development.

He further shared that other priorities would be post-earthquake reconstruction and expansion of social security range.

Next meeting of the NA will take place at 10.00am on Thursday.