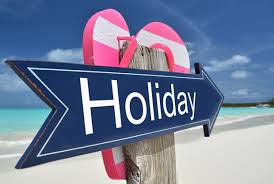 Kathmandu, April 7. A decision to make reforms in the Nepali calendar to adjust festivals by a Cabinet meeting 10 years ago has yet to be implemented. The meeting held on December 31, 2008 had decided to remove the whole Chaitra month from the calendar of 2066 BS in this regard.
But, the Nepal PanchangaNirnayakSamiti (Calendar Determination Committee) under the Ministry of Culture, Tourism and Civil Aviation refused to follow the Cabinet decision citing various reasons.
The Samiti issued the calendar of 2066 BS that had full 12 months. The Cabinet’s decision had drawn criticism from the general people suggesting that broad discussions should take place on such cultural and religious issue before taking a long term effect decision.
The national society to reform festivals, a non- governmental organisation, has been demanding implementation of the Cabinet decision.
Speakers at the second gathering and annual general assembly of the Society here on Sunday demanded in this regard.