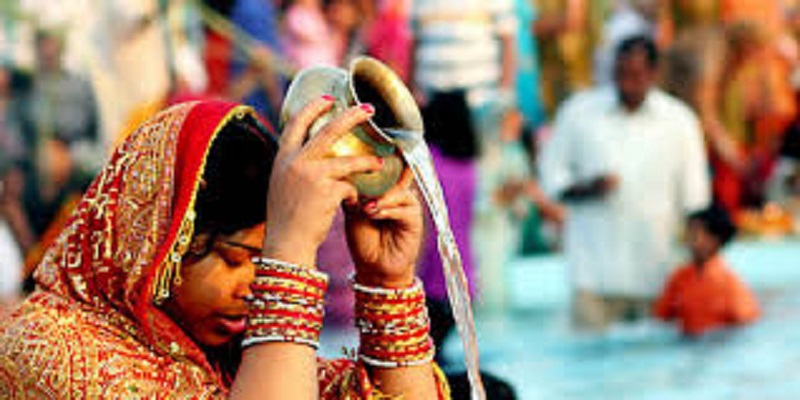 Kathmandu, Nov 11.  Chhath puja celebrations have begun from today in various parts of the country including in Kathmandu.

Works have already begun to clean and decorate the Kathmandu-Valley based the banks of rivers and water ponds as part of the preparations for the festival.

The Chhath preparations are going on in full swing at various places including Thapathali, Narayantar and Gokarna areas along the banks of Bagmati River and the Kamalpokhari (water pond).

For the Chhath celebrations, the river was specially cleaned on Saturday in front of the Guheshwori Temple under the 287th week of Bagmati River Cleanup Mega Campaign.

Devotees are all gearing up to celebrate the festival at the local Kamalpokhari as well.
The Hindu festival dedicated to the Sun God is observed for four days. During the celebrations, devotees avoid non-vegetarian dishes, and other certain kinds of grains and spices such as millet, lentil, buckwheat and garlic.

A holy dip into rivers, fasting, abstaining from even drinking water and the maintenance of purity and cleanliness are parts of the rigorous Chhath rituals.

The festival, which is primarily celebrated by the people from the Mithila culture, has lately attracted the people from the hills, and it was only after 2046 BS, the year when democracy was restored. Now it is being observed in Kathmandu as well with special importance especially after the 2063 BS.

As part of this festival this year, the festival begins with the ‘Nahay Khay’ and ‘Kharana’ rituals will be held on Monday and devotees will offer arghya and pay a special homage to the setting sun on Tuesday evening and it will conclude by worshiping and offering arghya to the rising sun on Wednesday, wishing for prosperity, happiness , wellbeing and long life of the family members. Various delicacies like Thekuwa and rice pudding are prepared during the festival.