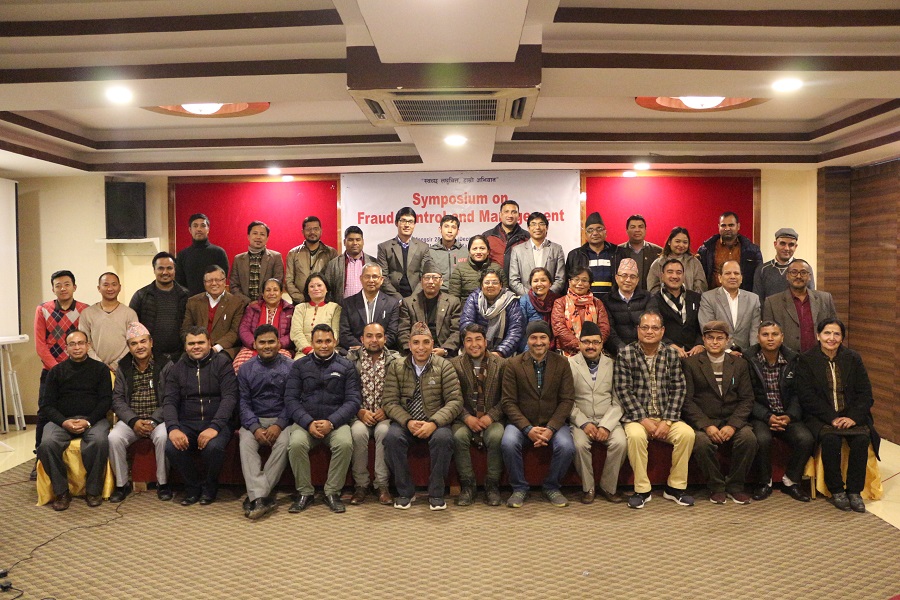 Kathmandu, Dec 22. The Centre for Self-help Development (CSD), which is one of the pioneer institutions to launch microfinance in Nepal, organized a Symposium on Fraud Control and Management on December 14, 2019.

Opening the forum Chairman of the CSD, Mr. Shankar Man Shrestha, said that fraud has increased in microfinance institutions due to weak monitoring and internal control practice. He added, “Fraud was unheard in microfinance till a couple of years back but risen to epidemic level in recent years. MFIs leader should be vigilant and make regular interaction with the client and field staff.”

The crust of session was a panel discussions of experienced and senior CEO’s of microfinance institutions who shared various events of frauds and explained how the cases of fraud took place in their respective organization and what weakness of these led to the situation. It was session to learn from the mistakes in the past. The panelist outlined that monitoring and supervision is a key towards eradicating fraud. The CEOs should have both Know Your Customer (KYC) strengthened to prevent irregularities and fraud in microfinance. They further said CEOs should be aware of the lifestyle of their staff to prevent the fraud in microfinance.

Mr.  Shyam Khatri presented on legal remedies to tackle the problems endemic in microfinance sector. He mentioned that the bank and financial institutions can themselves formulate bylaws in conjunction with relevant acts of the government to tackle banking fraud in their particular organization and such bylaws will have legal repercussions.  Discussion was also carried out on concept of internal control and good practices seen in different organizations. Traits and qualities of good management styles were also shared among the participants.

There was consensus among the staff participants the MFI’s should enact preventive measures such as right and well-motivated human resources and devising strong audit control practice in the organization.

The program was participated by CEO’s, Board Members and Senior Managers of MFIs and microfinance cooperatives