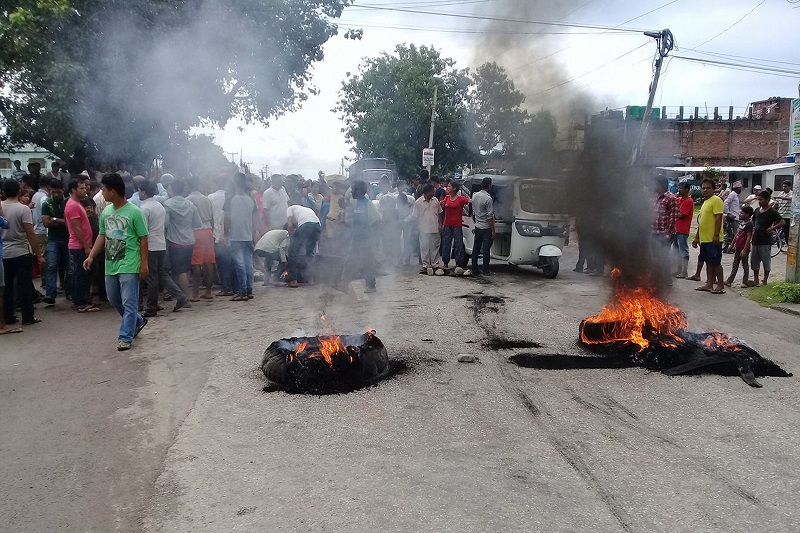 Kanchanpur, Aug 26 . The curfew enforced in Kanchanpur since Friday night has been released for five hours this morning. The curfew has been removed from 5:00 am to 10 am today.

The curfew will continue to remain in effect after ten o’clock, reads a statement issued by the District Administration Office, Kanchanpur.

The curfew had been imposed for an indefinite period from 8:00 pm on Friday as the demonstration held demanding action against those involved in the rape and murder of Nimala Panta of Kholti in Bhimdutta municipality-2 turned violent, leading to one person’s death and injury to many in the clash between police and the demonstrators.

Locals are now busy buying daily essentials as well as goods to celebrate the Hindu festival of Rakshya Bandhan.