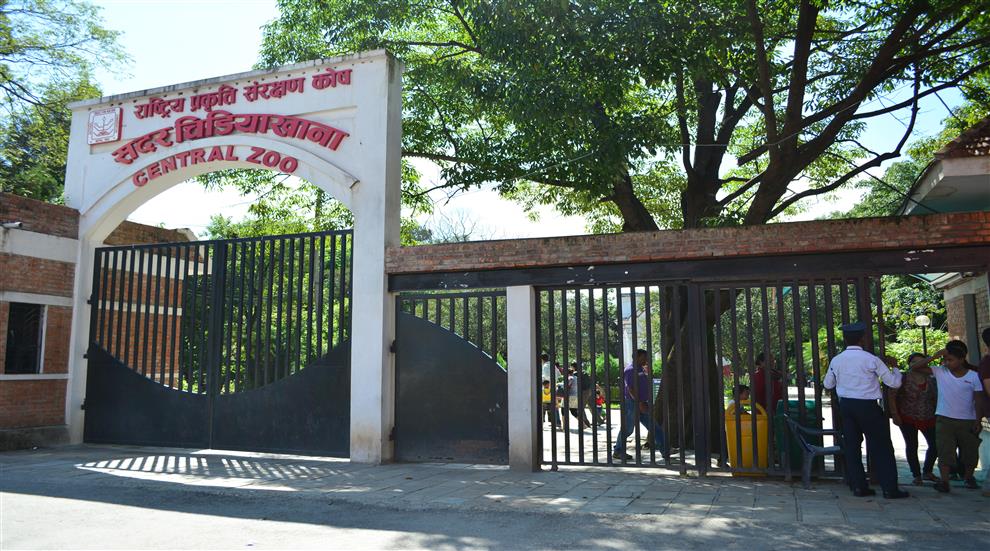 Kathmandu, Feb 20. A ‘digital education center’ has been set up at the Central Zoo in Jawalakhel of Lalitpur.

The center was established with the support of Nepal Investment Bank as honour to British biological conservationist Field Marshal Sir John Chapple who has been contributing to Nepal’s biological diversity and conservation field for the past four decades, zoo programme manager Chiranjibi Pokhrel said. The facility came into operation from Tuesday.

Minister for Forests and Environment Shakti Bahadur Basnet, who is also the Central Zoo and National Trust for Nature Conservation chair, said the center was expected to contribute significantly in the biological conservation efforts.

The then Rana Prime Minister Juddha Shumser Rana in 1932 established the zoo as a private entity. Its ownership had come to the Nepal Government following the 1949 political changes in the country. It was opened for the public from 2011 BS.

The Trust has been assigned the responsibility for the management of the zoo since 2052 BS. According to Pokhrel, research and studies on wildlife conservation and management are also conducted here. RSS

FIFA World Cup trophy to land after 26 days in KTM