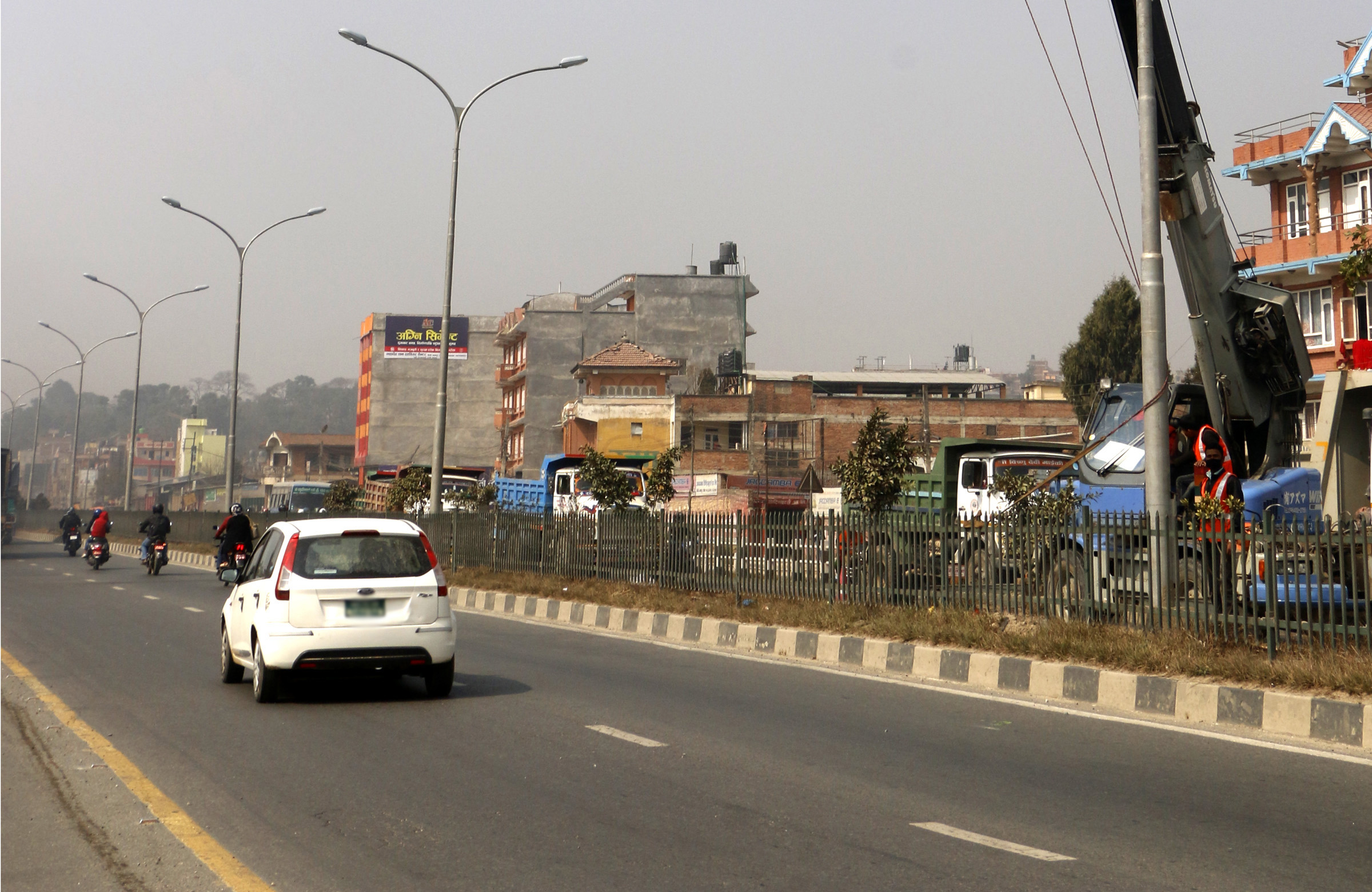 Nawalparasi, August 14. The vehicular movement along the East-West Highway has come to a grinding halt after dislodgement of bridge in Arunkholao of Nawalpur (Nawalparasi-east). Rajendra Adhikari, Police Inspector, of District Police Office, Nawalparasi-east, said traffic movement along the Highway has come to a standstill after the bridge hit by a truck at 4.00 am today saw damages.
The truck (Na 6 Kha 471) en route to west from east struck the bridge over the Arunkhola River in Madhyabindu municipality this morning. It caused dislodgement of bridge, Adhikari shared, adding the truck also got stuck there throwing vehicular movement through the bridge out of gear.
The passenger-ferrying buses have been stranded on the road since early this morning after the bridge turned dysfunctional. As there is slim chance to immediately fix the bridge, the police office of Nawalparasi-east has already communicated the Butwal Police and Chitwan Police to prevent vehicular movement on the regular route of the highway.