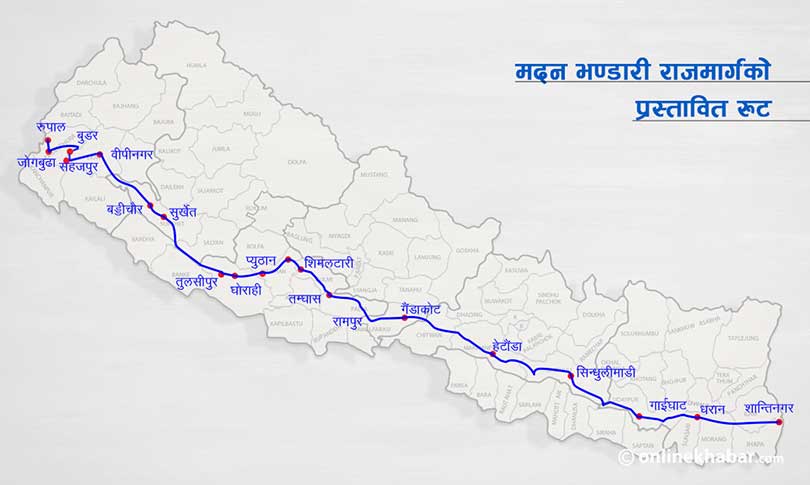 Gaighat, Oct 31 . Eighty per cent of the road from Chatara of Sunsari to Bhiman in Sindhuli has been constructed. This section of the road is the part of the Madan Bhandari highway that runs from Sunsari in the east to Kathmandu in the west via Udayapur and Hetauda.

Eastern Roads Division chief engineer Lalit Jung Khanal said that 80 per cent construction work of the 143-kilometres Chatara- Bhiman section of the highway has been completed. This section passes through Rampur Thoksila, Gaighat and Katari in Udayapur district.

According to Khanal, 50 kilometres of 143 kilometres long road has been completely black topped and the work on black topping on 80 kilometres section has reached the final stage.
Similarly, 33 RCC bridges out of the 43 bridges on this road section have been constructed and the construction of the remaining 10 bridges has also reached the last stage. Khanal said the construction of the bridges will be completed by mid-April 2020.

Likewise, chief of the highway project Rajesh Poudel said 50 per cent construction works have been completed in the western sector of the highway from Bhiman to Hetauda