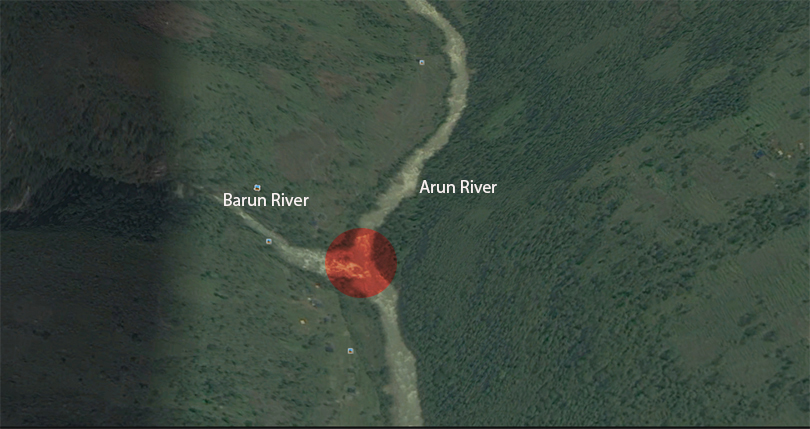 Sankhuwasava, March 5 . The existence of the Barun River carrying historical religious importance is likely to face threats with the construction of energy project here.
There is increasing danger that the importance of the river would be brushed off in lack of its conservation, said locals.

Local people came up with concerns when a government team arrived here for carrying out environmental impact assessment of the 132-MW hydropower project from the Barun river.

It may be noted that locals had obstructed the public hearing programme organised by the project development company on December 8.

The locals also had formed the Save Barun Struggle Committee and protested the move for power generation from Barun ignoring its conservation aspects, said committee chair Chhiruk Bhote.

The activities being carried out in a way to jeopardise the identity of the river’s historical importance would in no way be acceptable for them, he warned.

Also, the fall of boulders and sands into the river during the construction of north-south Koshi road stretch has also menaced the existence of Barun.