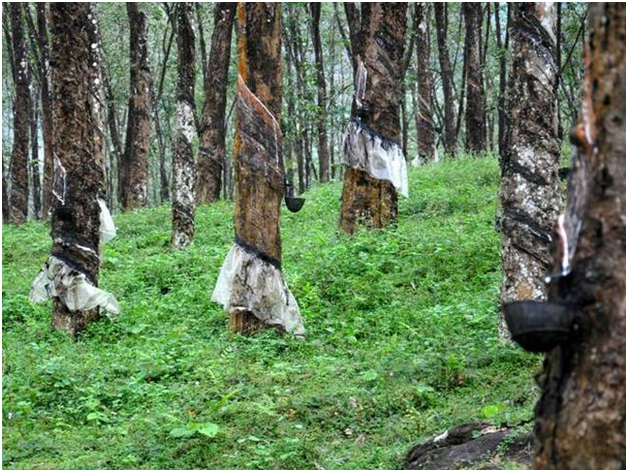 Jhapa, Feb 19. The Girija Prasad Koirala Foundation has honoured the first researcher of rubber plant farming in Nepal, Tilak Bahadur Bhandari. Former Deputy Prime Minister and Chairperson of Foundation Sujata Koirala honoured Bhandari by offering him a shawl and a felicitation letter at a programme organized to announce Buddhashanti Rural Municipality of Jhapa as a rubber plant village on Thursday. Three decades back, Bhandari, who is now known as the ‘father of ‘rubber plant farming’ in Nepal, had concluded that there was potential in Nepal for rubber plant.

Based on his research conclusion, the rubber plant was grown in Jhapa and Gorkha districts since 2048BS. Currently, the plant is grown in thousands of hectares of land in Jhapa, Morang and Sunsari districts. Bhandari had shared knowledge and skills with the farmers here. The Foundation has forwarded a plan to support Buddhashanti Rural Municipality in the rubber plant farming.
Foundation Chairperson Koirala reminded that the rubber development board was established first during the premiership of Girija Prasad Koirala in view of the rubber plant potential in Jhapa. The plan and programmes were being launched to attract farmers in the rubber plant cultivation.

WB to give at least $500m for recovery