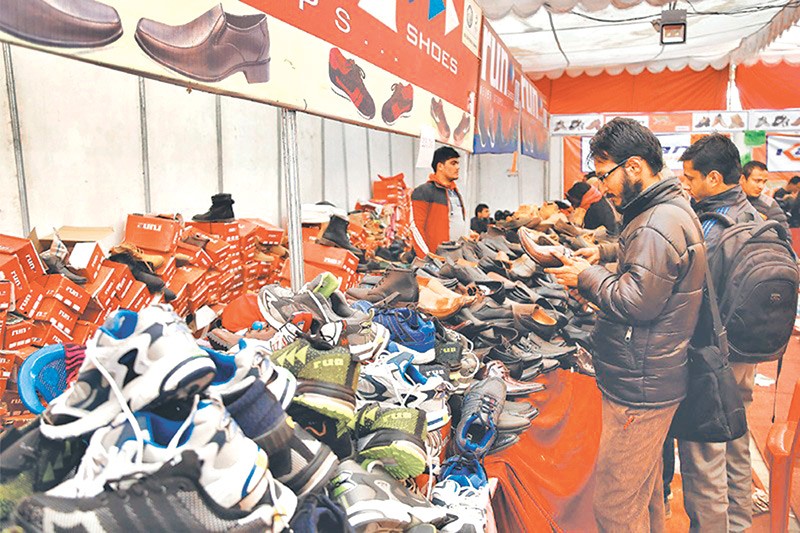 The Expo is organised by Nepal Footwear Operators Association. Association Chairman Khumraja Dhungana said that although different footwear associations have organised such expo, it is first of its kind.

Inaugurating the expo, President of National Federation of Nepal, Naresh Katuwal, said that the State should respect small-scale entrepreneurs for the development of the country.

He said, “The State should invest in small-scale business to generate employment to youths at a time when hundreds of youths go for overseas employment every day.”

Similarly, first Vice-President of the Federation, Nayan Bahadur Pandit, said that the State should give concession in import of raw materials to give priority to domestic products.

Out of the total population of the country, 35 per cent people are now using footwear manufactured in the country, according to the Federation.

3 people burnt after petrol vehicle fell off the road