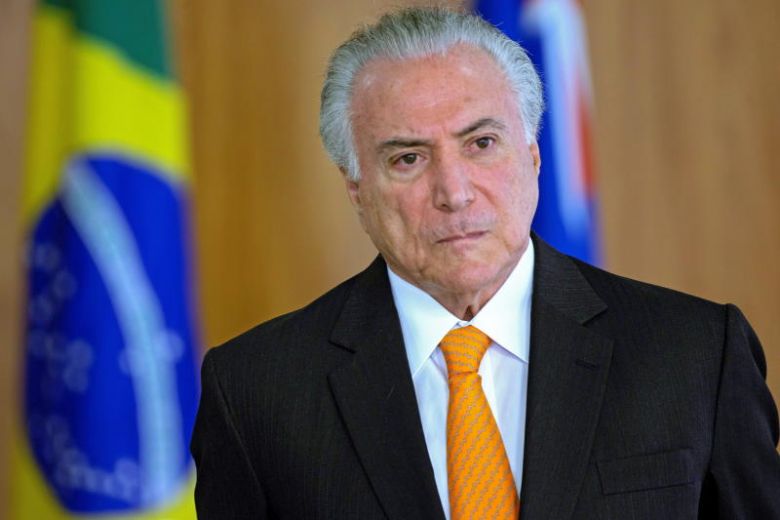 Al Jazeera reported that Temer was arrested under Operation Car Wash, launched by the Brazilian Police in March 2014, to detain corrupt politicians and bureaucrats.
The former president was arrested while he was in his house in Sao Paulo and later flown to the Federal Police office in Rio de Janeiro.

Temer, who served as President from August 2016 to December 2018, was hit with alleged corruption charges regarding management contracts of several ports in Sao Paulo. Those charges were, however, blocked by Temer’s allies in the National Congress.

Police said that Temer’s arrest was made under new allegations related to “crimes of corruption, criminal organisations and money laundry” in the management of a nuclear plant in Rio, which Temer has repeatedly denied.

“I’m certain [Temer’s] lawyers will file a habeas corpus request so he can continue to answer to authorities in freedom,” Temer’s lawyer Luiz Felipe Panelli was quoted as saying.
“This type of arrest only happens when there’s immediate danger the suspect can flee or that he is still committing the crime,” he added.

The Car Wash investigation has led to the arrests of other politicians, including former President Luiz Inacio Lula da Silva and former Minister for Mines and Energy, Moreira Franco.

Meanwhile, Temer’s party, Brazilian Democratic Movement, said in a statement that it “regrets the Justice [system] is moving forward with an inquiry in which it has been demonstrated there are no irregularities by the former president and former minister”.