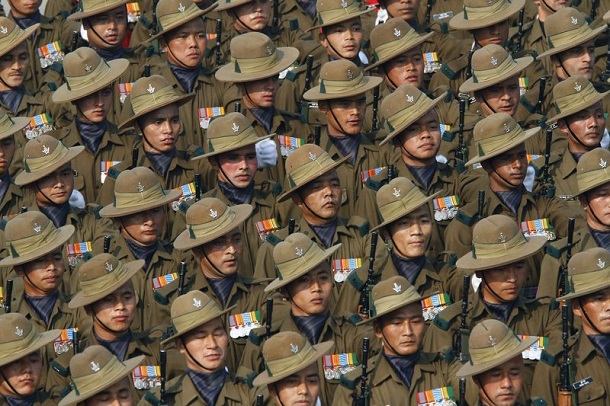 Kathmandu, March 26. The Gurkha Army Ex-Servicemen’s Organisation (GAESO) have stated that their struggle continues until the disparity between the British Army soldiers and the retired British Gurkha soldiers comes to an end.

GAESO president Krishna Kumar Rai said this at a news conference here on Monday. He complained that the salary, pension and other facilities provided by the British government to the ex-British Gurkha soldiers who have retired before 1 July 1997 was not on a par with these emoluments provided to their British counterparts.

Rai said that they were not satisfied with the ‘package’ announced for the ex-British Gurkha servicemen made by the British Minister of State for Defence during his visit to Nepal last month. He demanded that all kinds of facilities and services should be at a par provided to the British soldiers, claiming that there was 295 per cent disparity in the pension between the Beitish White soldiers and the British Gurkha soldiers.

The GAESO president also called on the Government of Nepal and the British government to take initiatives towards addressing this ‘discrimination’.

GAESO vice-president Mani Kirant said 95 per cent of their demand would be considered fulfilled even if their demand for pension parity alone was met.

Retired British Gurkha soldier, Dr Chandra Laksawa said they have been waging a struggle against the discrimination in the pay and services to ex-British Gurkha servicemen since long and they would go for further protest if their demand was not met.