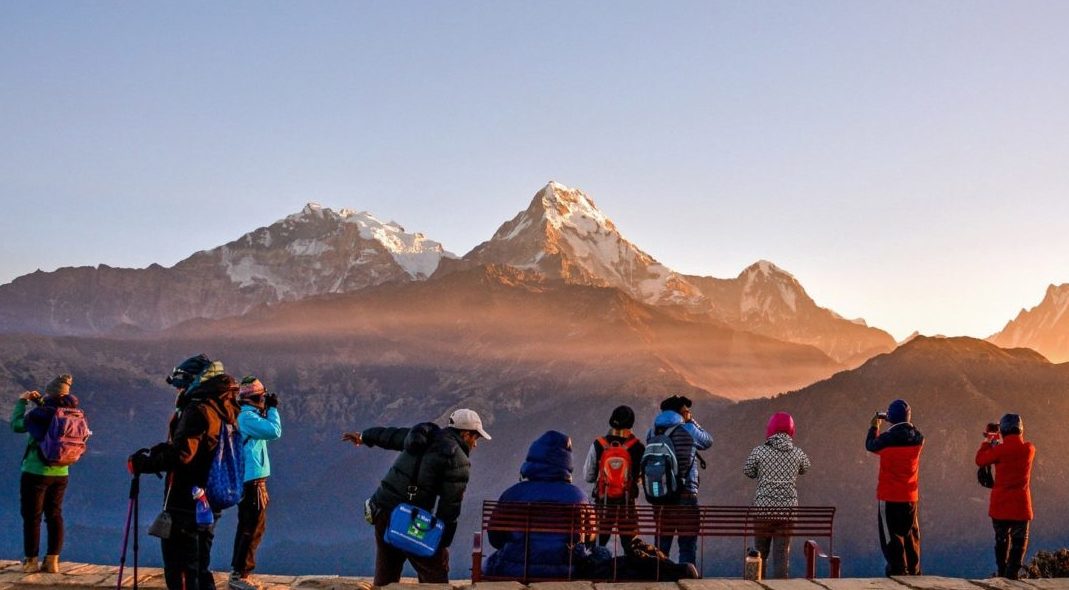 Kathmandu, Aug 3 . The government has forwarded ambitious plan and programmes with an objective of attracting 2.5 foreign tourists within next five years.

The ambitious plan was an extension of the government’s motto of achieving economic prosperity through tourism. The arrival of tourists in the stipulated number is expected to boost the tourism industry thereby contributing 10 per cent to the Gross Domestic Product (GDP) in this period.

Minister for Culture, Tourism and Civil Aviation Rajendra Adhikari unveiled here today a five-year action-plan that also aimed at development of the tourism-friendly physical infrastructures and reforms at policy-level.

The action-plan was made public in the attendance of the Minister for Culture, Tourism and Civil Aviation, Minister of Industry, Minister for Forest and Environment of all seven provinces as well as dthe officials from the concerned authorities among others .

Additional 15 aircrafts to be procured

According to the new action-plan, 15 new aircrafts-both wide body and narrow-body will be purchased for both domestic and international flights within 5 years.

The Ministry also aims to make the Nepal Aviation Corporation competitive in the international market and occupy 60 per cent of the portion in the Nepal’s international aviation business.

Joint-Secretary at the Ministry, Ghanshyam Upadhyay said that goals have been set to double the existing capacity of Tribhuvan International Airport within next five years.

Similarly, the Greater Lumbini Master Plan would be brought into effect by concluding task of incumbent Master Plan of Lumbini within five years as well as master plans related to Pashupati, Muktinath, Janakpur areas could be proposed and implemented.

Likewise, master plan to propagate Rara and Khaptad would be mooted and brought into effect.

The action plan has the aim to establish a live museum to attract tourists. At least 100 new tourist destinations will be developed in coordination of the provincial and local governments.

A target has been set to construct at least one international airport and a unique museum in all seven provinces each within five years. Tourism industry will be used to boost investment and bring in foreign investment.

The action plan has prioritised policy reforms, infrastructure expansion and heritage conservation and promotion and conservation of new tourist destinations.

The then leftist alliance had announced in its election manifesto the plan to bring in 5 million tourists in 10 years. According to the Finance Minister, the action plan has been brought to put this plan into practice. He added that it would be easier to achieve this target if the Vision Tourism -2027 was followed.

Minister Khatiwada stressed on the need of increasing the number of hotel beds from the current 40 thousand to at least 150 thousand. He also pledged the government’s full support in creating an investment-friendly environment.

Tourism Minister Rabindra Adhikari said the long-term development of the tourism sector and enhancement of quality services as well as human resources management would be promoted with special priority.

He stated that stress would be given on the promotion of new tourist destinations by completing the construction of the international airport at the earliest and developing the tourism infrastructures.

Minister for Industry, Commerce and Supply Matrika Prasad Yadav stressed the need of concerted efforts from all the three levels of governments for developing tourism as an industry and contributing to the country’s economic prosperity.

In the past, the country observed the Visit Nepal Year 1998 and the Nepal Tourism Year 2011 for promoting tourism. One million tourists visited Nepal in 2017 thanks to various promotional programmes.