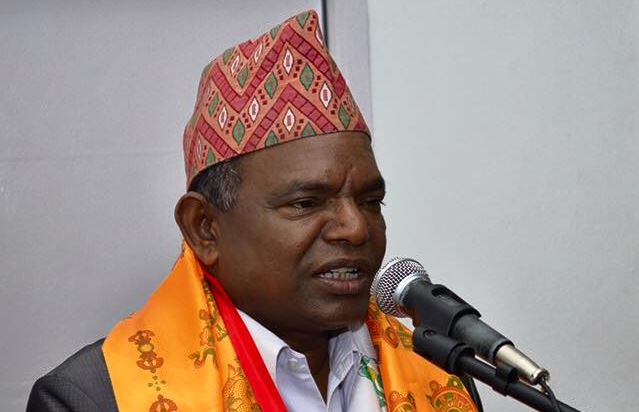 Parsa, April 5 . Minister for Federal Affairs and General Administration Lal Babu Pandit has said the government was preparing to open 20,000 vacancies for new recruits. Minister Pandit said there was a huge crunch of civil employees in the wake of the government employees’ adjustment.
Hence, the decision to open the vacancies through the Public Service Commission was in priority. At the 7th national general convention of Nepal Prajapati (Kumbhakar) Association in Birgunj on Friday, Pandit urged the youths in the country to gear up for the exam of the public service examination.
Stating that the government was effortful to end poverty, un-education and backwardness in the country, he said that the government had launched various plans and programmes for the same.
He also shared about the government had adopted the policy of providing unemployed allowance to the unemployed youths in the country. Likewise, Association President Ramananda Pandit called upon one and all to end the dowry system prevailing in the Terai districts.
Present in the programme were State 2’s assembly member Rajeshwor Prasad Shah, Mayor of Birgung Metropolitan City, Bijaya Kumar Sarawagi, among others who also echoed with Pandit and called for cooperation from one and all for collaboration to end ill practice of dowry.

A total of 120 members to participate in kick boxing