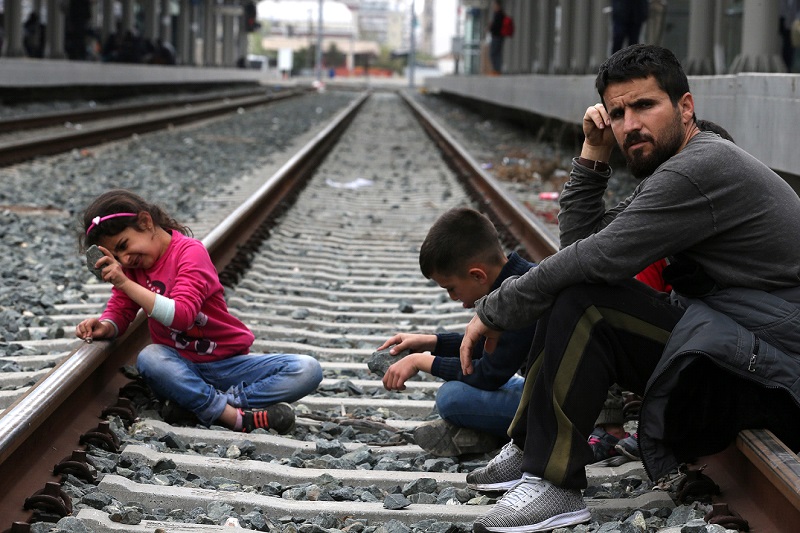 ATHENS, April 5. A migrant and his children take part in a sit-in protest at a train station in Athens, Greece, on April 5, 2019.

Greece’s borders to any other country will not reopen, government ministers said on Friday in response to sit-in protests staged by hundreds of refugees and migrants in Athens and northern Greece.

Over 200 migrants and refugees started on Friday a sit-in protest on the tracks of the central railway station of Athens, demanding to be allowed to travel to northern Greece to reach the borders. Train services have been suspended until further notice. (Xinhua/Marios Lolos)