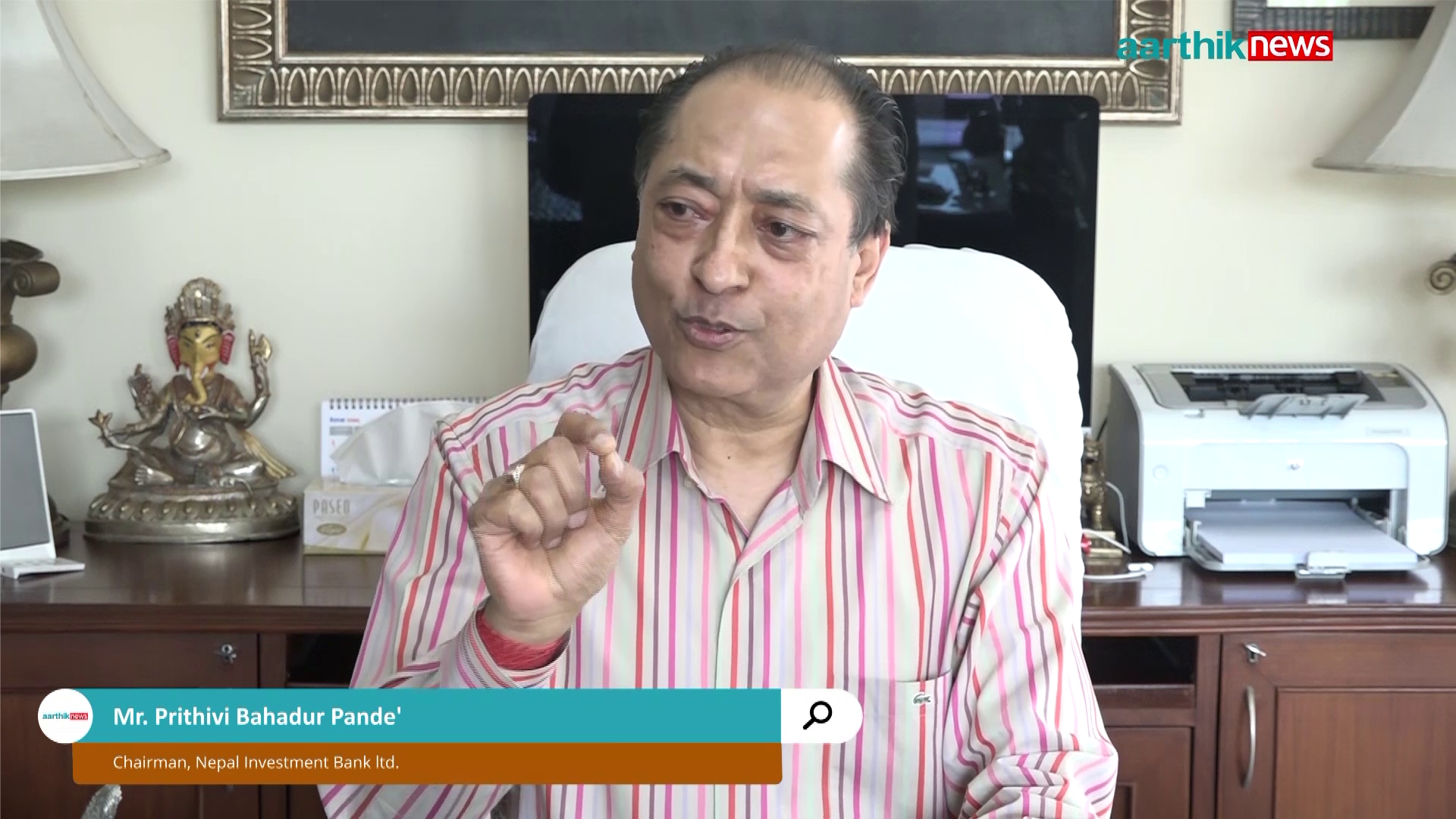 My Banking story is long, but hopefully an interesting one, and I will try to summarize it for you this evening. It is very difficult to condense 42 year in a few pages.

I started my career in the Central Bank, Nepal Rastra Bank in October, 1978, a fresh Chartered Accountant who had just qualified in May that year. I was so young that I believe some staff of the Central Bank would say that if they squeezed my cheeks, milk would come pouring out!

I feel very strongly about public service, this is something my family has always done and I gave some of best years to the service of NRB and I am very proud of the 12 working years I spent there. Those years at NRB gave me the foundation, training, opportunities, self-confidence, and networking.

Which prepared me for my career shift as a commercial banker. Today, I would like to acknowledge my Deep appriciation to NRB, an institution that I was fortunate to be a part of and I am indeed proud of my NRB Linage.

During my 12 years at NRB, I spent 8 years as the Head of Banking Supervision, 2 years in Washington D.C with the IMF and 2 years as the GM and CEO of Rastriya Banijya Bank, during which time it was being restructured, a process I myself initiated while at the IMF. 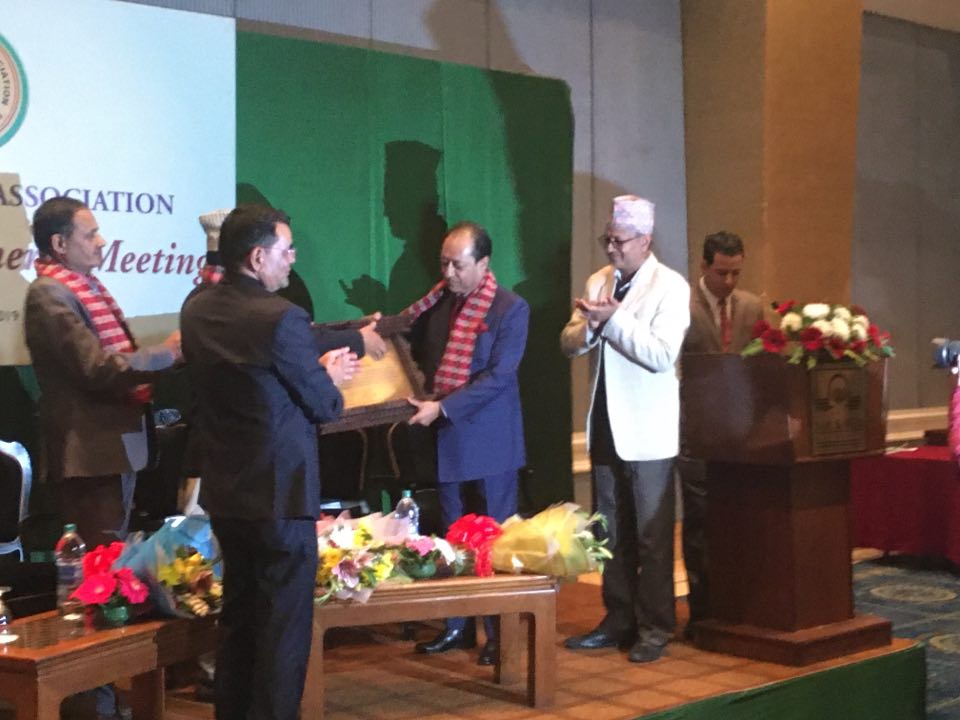 To continue the story: in 1988, I took a leave of absence from NRB and initiated to the first Nepali-led Joint Venture bank. This was during the Panchayat regime, an unfortunately that initiative was shelved despite clearances from both the Central Bank and the Ministry of Finance. I was subsequently asked in 1988 by the then Finance Minister, to help in the restructuring of Rastriya Banijya Bank, and to work closely with Booz Allen who were the consultants appointed to carry out this task.

Come 1990 and the advent of Democracy and the spirit and inspiration that followed became a turning point in this nation’s history, and also a defining moment for me, and indeed most of us here today, for democracy paved the way for opening Nepali’s financial sector and other sectors, setting us on a path of rapid economic development.

I took this opportunity to reapply for a banking license in 1990 and received it in 1992, and have ever since been labeled a pioneer. Himalayan Bank was born as the first private sector joint venture bank managed by Nepalis. This major milestone in our banking history jump-started many other Nepali banks that followed

Opening a commercial bank in that era was very challenging. However, I am a firm believer of the saying ‘nothing ventured-nothing gained’. I have no regrets in leaving a great job in government service; I am glad that I took up the challenge.

After managing Himalayan Bank for 10 years, I started feeling a little restless, and felt that I had become complacent, and was itching for something new to do, namely starting an Infrastructure Development Bank. I actually left HBL with the intention to start this venture when fate intervened.

Believe it or not, the day after the HBL board agreed on my resignation in 2001, and the news got out in the market, the then CEO of Nepal Indo Suez Bank. Mr. Mark Dumez approached me with an ‘offer couldn’t refuse’.

He offered me the shares of Nepal Indosuez Bank at less than half the price. Obviously the offer was too good to be true and I was sucked right back into commercial banking.

The Mirage of Infrastructure Bank

However, the need of the country for an Infrastructure Bank never left me so after heading NIBL for 6 years, I initiated this project, and after more than a year of trying, cumulated in the signing of an MOU with IFC, ADB, DEG of Germany, and IDFC of India and Bankers association representing 12 Nepali banks in this very hotel. At that moment in time this was no small feat.

Sadly, this was not to be the financial crash of 2008 resulted in most of the signatories backing away. The idea was shelved and when some entrepreneurs took this idea up again 2 years ago, I happily supported this endeavor, and also had NIBL join as an equity partner. Solid infrastructure banks with access to long term funds are the need of the hour.

It has now been more than 7 years since I have left my role as an Executive Chairman of NIBL, I have ventured out to different and hopefully greener pastures with the intention of initiating projects that will contribute towards greater, more sustainable economic growth in Nepal, namely tourism, hydropower and educational sector.

I sincerely feel that we have many strategic and natural advantages in these sectors, and they provide ample opportunities for those who are willing to mine their potential. 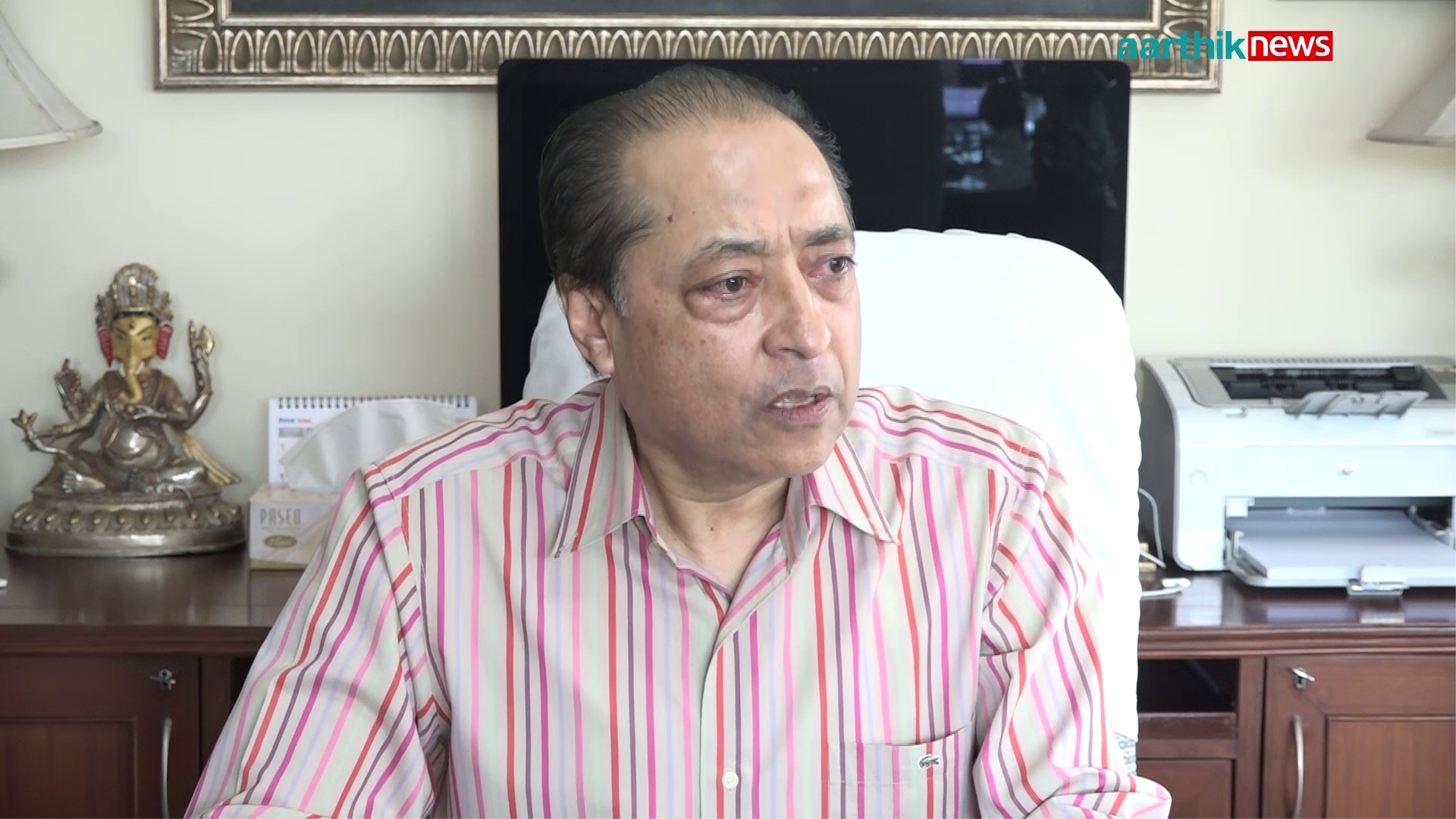 Nepal is not a poor country but one that has been through tremendous change in management. This has caused instability. In the real world, everything is about stability. In my opinion stability can mainly be achieved if an elected government is allowed to service its full term.

This will translate into good policies and results. All policies need time to be nurtured and made effective. How can any government be expected to implement anything when since 1990 an average life of an incumbent government has been around 13 to 14 months. Stability will also attract FDI. FDI is associated with low risks and good country rating.

The future of the banking sector is also closely correlated and tied with this. Stability itself can and will provide and start a cycle of spending on development projects and pump liquidity into the market. Liquidity which our sector direly needs. This will create ample opportunities for our industry to grow, and will cascade into vibrant economic growth.

I strongly believe this can only happen with a strong government. We have such a government today.

Main challenge facing the banking sector today is that there are clearly too many banks for the sector to remain truly healthy and sustainable. NRB has realized this and has started the process of consolidation.

NRB is on the right path. We need more mergers and acquisitions. This can only happen if bankers’ especially promoter of Banks shed their egos and look for the welfare of the industry rather than themselves and take the initiative and lower the number of Banks, make them stronger and better, lower overheads and have greater outreach and diversity.

Of course, Government and NRB should also provide much more incentives to make this happen quickly. We are certainly facing challenging times ahead with 28 Commercial Banks, 25 Development banks And 22 Finance companies.

Costs are going up and margins are becoming ever slimmer. Banks have to maintain a fine balance between serving the banking and development needs of the country and getting adequate returns on shareholders’ funds.

Main play now is on cutting costs, which in a country like ours is very difficult. Gone are the days when this industry enjoyed high spreads. Average returns on shareholders of the banking sector now are much below other industries. This sector contributes significantly towards taxes and it is one of the most transparent.

What I see at Silicon Valley

I was in Silicon Valley California recently and the new buzz there is that with the development of block chain, banking as we recognize it may be a very different landscape if not near obsolete as Customer and depositors will have much more control of their funds and access to credit.

To survive, we have to keep pace with rapid advancements in technology and come up with new products and change with the times. Change as they say is inevitable, one has to clearly adapt to it.

If you are not technically savvy these days, then you are near obsolete my message to you all is if we stick to just traditional banking we will face difficulties in the future. Innovation is the name of the game now.

Nepal’s no 1 priority should be infrastructure development; what we have now is less than basic. Good Infrastructure is a prerequisite to high economic growth. If we build our infrastructure, then the sky is the limit and in it lies immense opportunities for Banking growth. We need to focus on where we can be competitive and have natural and strategic advantages.

In this, I feel optimistic and bullish. The new generation is dared, enterprising, educated and talented. And these qualities channeled in the right direction can indeed propel us further.

Now, Going back to my story, I believe there are 3 phases in a person’s life: Learning, Earning and giving.

The first phase is growing and studies, up to 30 years second is struggling, working and earning, up to 60 years. I have certainly passed the first two milestones and have more than entered the third. The third is about giving back, after 60.

My pet area of interest, as you all know, is heritage conservation and the promotion of the Nepali arts and culture Nepal is amply blessed in this. In this area we are very rich. My sincere request is for the banking community to dig deep in contributing towards the conservation of the great architectural richness we have, which gives us Nepalese identity and respect.

Promoting art and culture within Nepal and outside is of critical importance and of national pride and the growth of our important tourism industry. I now find myself in the third chapter of my life near retirement.

Therefore, I intend to devote more energy, time and funds in these legacy areas, which we have to preserve for future generations. In concluding, I must admit, I am in the twilight of my banking career. I must say that I have had great innings, have worked hard and played hard.

Had my share of stress and strain and have always held my head up high. I have little regrets. Please don’t write me off just yet. I will slow down but don’t have any intention of fading away. I still have a few pet projects to complete.

My fellow bankers, beware of me though, I may come to some of you for loans, please be extra kind and generous to a fellow retired banker and don’t forget to give me extra low interest rate and go soft on the fees.

But a word of advice, don’t get carried away by the bottom line and get high in work. Enjoy what you are doing, time goes by very quickly.

(The view is a delivered speech of Pande in a program organized at Kthmandu on 5th december, 2019 – Editor)

NEA directs its employees not to remain absent during Tihar