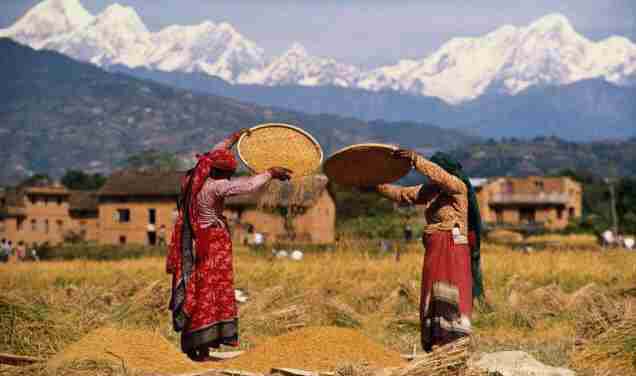 Kathmandu, May 10 . Concerned authorities have suggested increment of agricultural products to transform the country from the status of a least developed country into middle income developing country. They however pointed out difficulties in carrying out this graduation unless a basis for sustainable economic development is created.

They highlighted modernisation and commercialisation of agriculture, construction of airports, fast track, and well-equipped hotels for tourism, maximum use of information and communication technology, operation of special economic zone, expansion and ensurance of sustainability of production and service sector as major ingredients for the transformation.

This suggestion was made at a seminar on ‘Least Developed Country Graduation of Bangladesh: Learning for Nepal’ organised by the Embassy of the People’s Republic of Bangladesh, Kathmandu in collaboration with the Institute for Strategic and Socio-Economic Research.

Speaking at the discussion, former Prime Minister Madhav Kumar Nepal said the country could get much benefit from tourism and energy, while identifying good governance, promotion and sustainable economic development as a basis for changing the country into developing one.

Similarly, former under-secretary-general of the United Nations Gyan Chandra Acahrya said that the international community should provide the assistance to under developing countries in time and Nepal should also be serious in other sustainable development projects.

The programme was chaired by acting chair of the Institute for Strategic and Socio-Economic Research (ISER) Prof Govinda Nepal.
Bangladesh had received UN recognition of meeting the LDC graduation Criteria in March 2018.

State of the Art Suzuki Service  Facility in Dallu, KTM

Himalayan General insurance to give 21% dividend, paid up capital to...