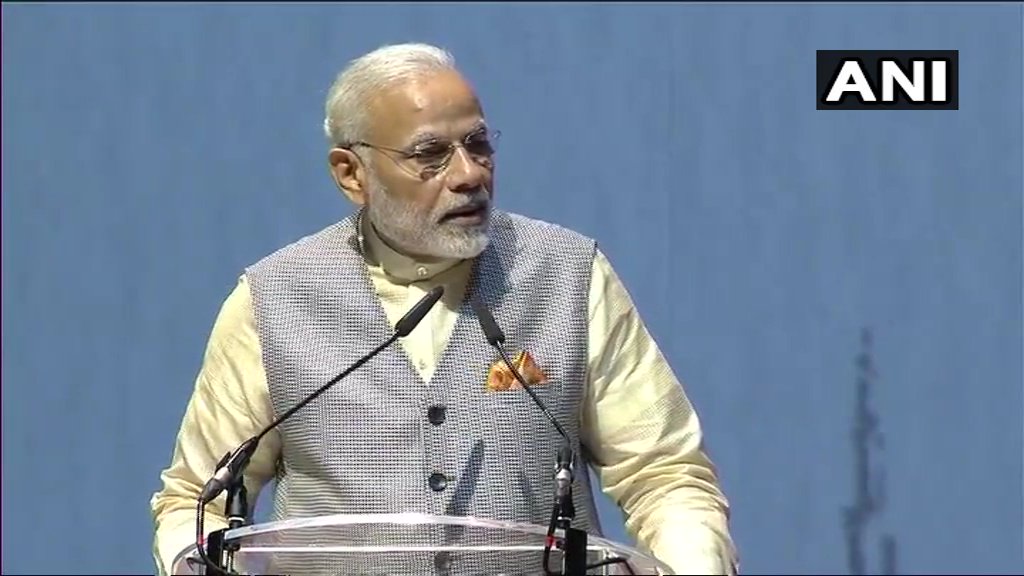 He was welcomed in the capital Abu Dhabi by Sheikh Mohammad Bin Zayed Al-Nahyan, the deputy supreme commander of the UAE Armed Forces, local media reported.

“His (Modi’s) visit reflects our longstanding historical ties and is testament to our friendly bilateral relationship,” Mohammed Bin Zayed said on his twitter account.

About 12 to 14 agreements and Memorandums of Understanding, particularly in the energy and manpower sectors, are expected to be signed between the UAE and India during Modi’s visit, Dubai daily Gulf news reported.

On Sunday, the Indian prime minister will also address the World Government Summit 2018 in Dubai, the UAE’s largest city.In August 2015, Modi became the first Indian government leader to visit the UAE in 34 years.

More than 2.8 million Indian migrants, also called non-resident Indians, live in the UAE which has a population of 10.5 million, accordingto Gulf news, making them the biggest group of expatriates in the Gulf Arab country, which has been dependent on foreign workforce since its foundation in 1971.Enditem

Karanvir and Sneha out of Jhalak stage