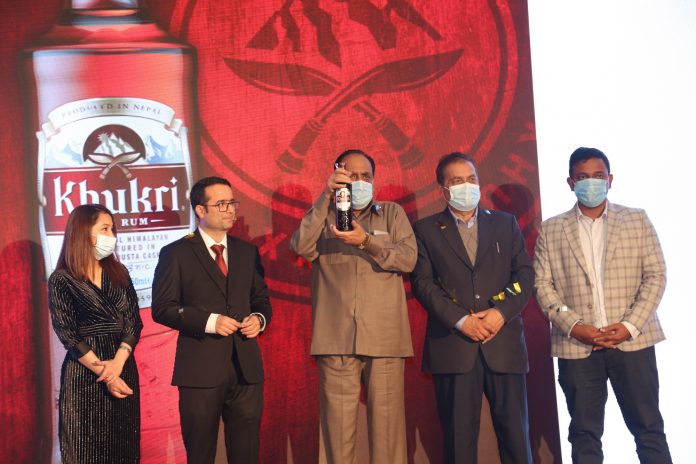 The unveiling of the new packaging took place on Friday, November 12 at a special launch event in Kathmandu where Covid-19 safety standards were followed.

The event was attended by distinguished guests, media personnel and other VIPs. Fans and patrons from around the world were able to become a part of this memorable evening virtually.

Behind the new attractive packaging, which replaces the older one that has been in the market for the past 20 years, are the creative minds of a London based company.

The event’s guests, both in attendance physically and virtually, have shared that the new pack is impressive and top-of-the-line. The guests were liberal with their feedback and approval of the new pack.

Extensive research followed by interactive feedback from consumers spread across the world contributed to the final look of the new pack. The learnings and suggestions were carefully considered before and during the design and the launch processes.

Although the new pack comes with new features and additions, our consumers can be rest assured that they will find the same old taste and blend that they have been enjoying always.

Although production of the old package was stopped a month ago, consumers can still expect to find the old pack in the market for some time. Sieving through the feedback we received, we have discovered that some of our customers have purchased the old pack as a keepsake and a reminder of the years the brand and its patron have been associated for. Such a response from our patrons emboldens our quest to keep bringing positive and exciting changes to the product.

Khukri rum is one of the home-grown products from Nepal that makes it to the list of must-take gifts for friends and family as a souvenir from the Himalayan nation.

Reiterating the commitment that the new pack does not compromise the taste and quality that Khukri rum is renowned for, Lamichhane said, “We assure the same experience of taste to our patrons in the new pack. In fact, we hope that they find an even richer experience in our new pack. The feedback of our guests present in today’s event has encouraged us to do more in the way of offering better products to our patrons.”

SEE from 8:00 am tomorrow; all preparations complete