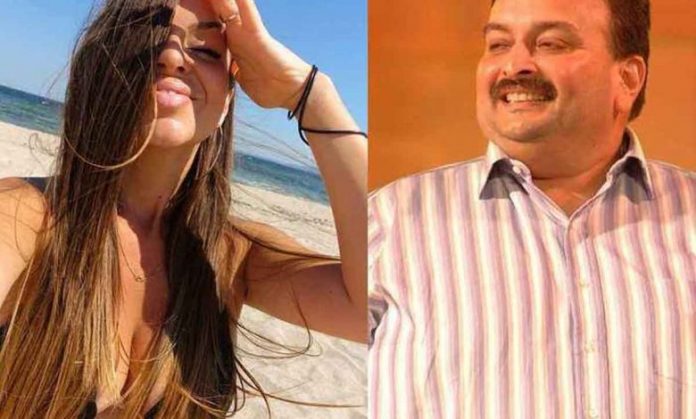 Agency, June 11. Mehul Choksi, accused in the Punjab National Bank (PNB) scam, is currently in jail in Dominica. Every day new revelations are being made about vigilance.

Mehul, who lives in Antigua and Barbuda, has claimed that he was abducted and taken there. According to his statement, his girlfriend Barbara Jaberika was involved in his abduction.

However, Mehul’s girlfriend Barbara Jaberika is denying that. In a conversation with media persons two days ago, Jabarika accused Mehul of giving a fake identity and creating a false story of abduction.

In an interview with news agency ANI, girlfriend Barbara Jaberica has revealed that Mehul is planning to flee to Cuba. According to him, Mehul had asked him to meet him in Cuba next time.

Mehul, on the other hand, was abducted and beaten by a group of 8/10 people when Barbara Jaberika asked him to come to the apartment to pick her up. They brought him to Dominica.

Mehul Choksi had been living in Antigua-Barbuda. However, he suddenly lost on May 23. He was arrested two days later in Dominica. Choksi claims he was with his girlfriend, Barbara Jaberica. He was abducted at the time. The kidnappers beat him. However, Zabarika did not help him in this whole incident. This makes it clear that he was involved in a kidnapping conspiracy.

Barbara said in the media report that she is not Mehul’s girlfriend. “I want to make it clear that I am not his girlfriend and I have no relationship with her. I have my own business. I don’t need their money or their support for my money, hotel bookings and jewelry. ‘ She said.

Barbara said she had known Mehul since last August and had met him in Jalli Harbor. She has admitted that Mehul wanted to have a romance with her. According to news reports, Mahul had gone there that day with a plan to kiss Barbara in his apartment. However, she was abducted by a man who opened the door and left Barbara’s home.

What is interesting about this whole incident is that the diamond ring and necklace that Mehul gave as a gift to his new girlfriend was also fake. Mehul had fled abroad after his business sank after it was revealed that he was selling fake diamonds in India.