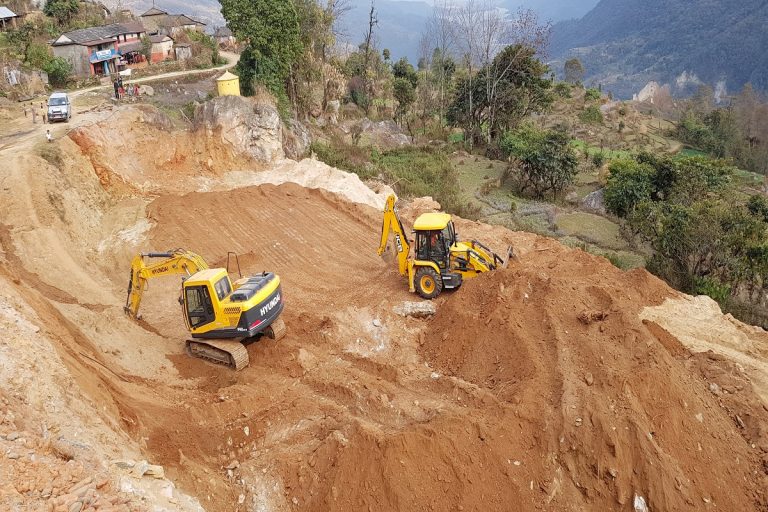 Surkhet, Nov 3.Sixty percent of the construction of Midhill Highway in the western sector has been over. The roadway stretching 700km from Baglung to Jhulaghat of Baitadi has been over, according to the project.

Information Officer of the West Sector Office of the project, engineer Tularam Sharma said the construction of the national pride project, Midhill Highway, was underway in East Rukum, West Rukum, Jajarkot, Dailekh and Achham districts. Out of the 126 kilometres in Dailekh district, tender notice is being issued for the construction in 40 kms. The non-cooperation of the locals has hindered the progress in 30 kms of Dailekh and 10 kms at the border of Dailekh and Jajarkot districts.
In the west section, 18 concrete bridges have been built for the road. The Office further shared that 24 construction companies are working for the highway construction. The project begun in the fiscal year 2064/65 is aimed to be completed by the fiscal year 2079/80.
Achham district has made good progress in the construction of the Midhill Highway. Only eight kilometres out of 60 kms is left to be blacktopped there. It is expected to be completed this fiscal year.