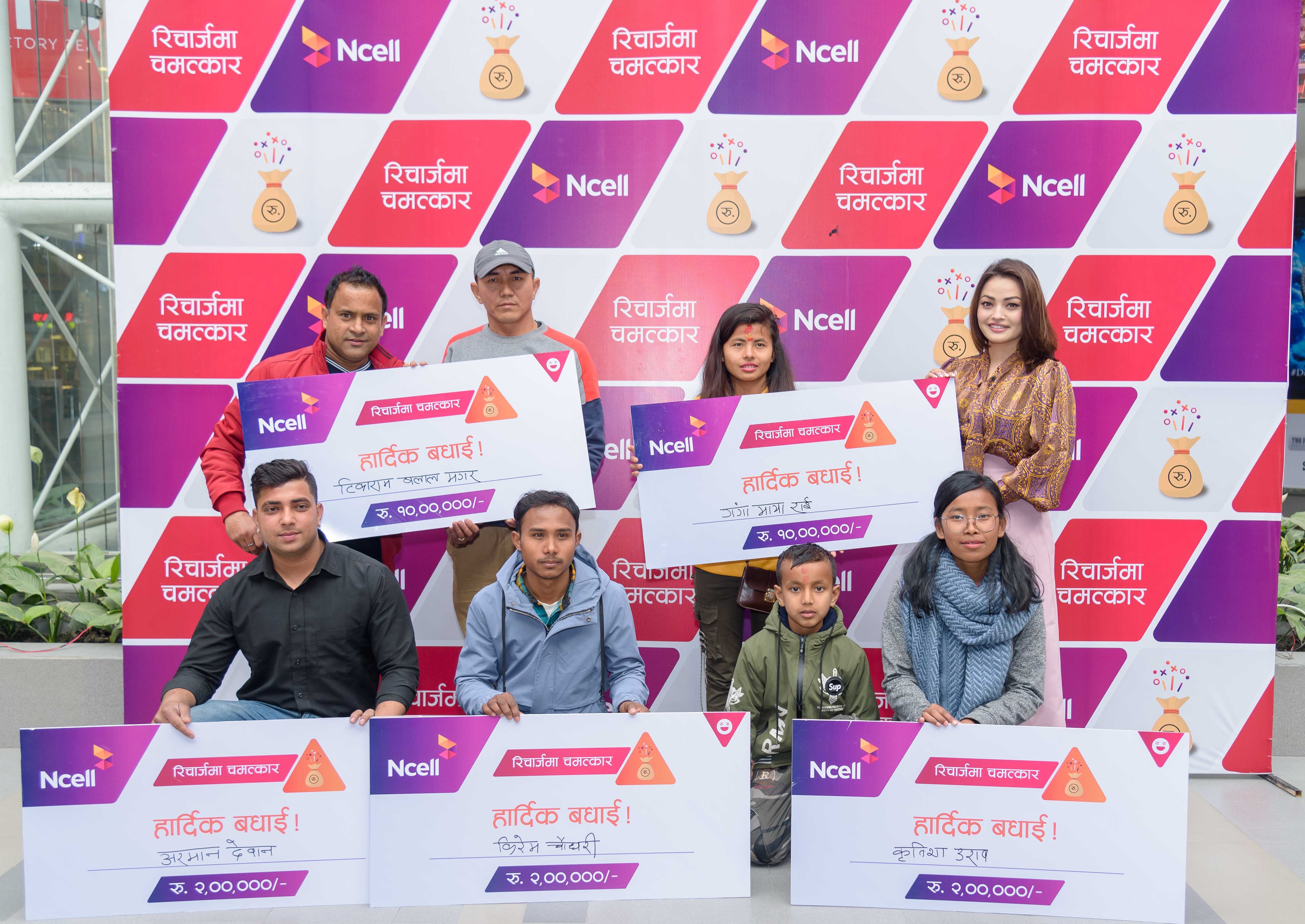 Kathmandu, Feb 21. Ncell Private Limited on Thursday (February 20) handed over cash prizes to the monthly and weekly winners under its ‘Rechargema Chamatkaar’ campaign.

Ganga Maya Rai of Illam and Takaram Balal Magar of Rupandehi have won Rs 10 lakhs each under this campaign. Rechargema Chamatkar is Ncell’s customer loyalty programme which was effective for three months period starting November 17, 2019.

Rai was the winner of the second month, while Magar was the lucky winner of the third month of the campaign. Customers were provided with a chance to win Rs 2 lakhs on weekly and Rs 10 lakhs on a monthly basis as a top prize in this campaign.

The monthly and weekly cash prizes were handed over to winners by celebrity artists Jitu Nepal and Sandhya KC, amid a special programme on Thursday. Out of 60 weekly winners under this campaign, 34 winners have already collected their cash prize, while remaining customers are in the verification process.

With monthly top cash prize hand over of Thursday, Ncell has handed over cash prizes to all three monthly winners. Earlier on January 01, Jitendra Kumar Kamati of Siraha received Rs 10 Lakhs cash prize under this campaign as the winner of the first month.

In this campaign, all prepaid and postpaid customers of Ncell who recharged Rs 100 or more in a week were given a chance to win weekly and monthly cash prize. This campaign was implemented on a weekly cycle, beginning on Sunday and ending on Saturday.