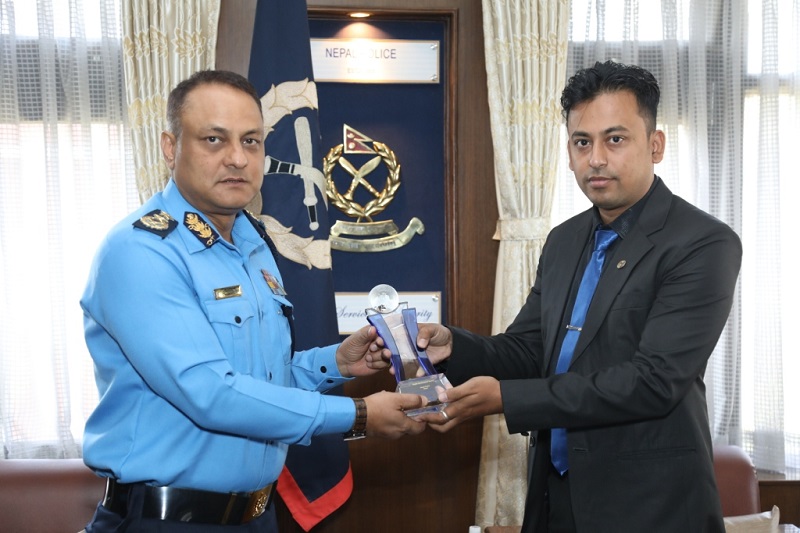 Kathmandu, Nov 14 . Nepal Police have bagged the ‘Digital Government Award’ which is awarded to government bodies making the best use of the information technology in their work.

Executive member of Federation of Computer Association Nepal (CAN Federation), Dr Abhijeet Gupta, handed over the Award to Inspector General of Police Sarbendra Khanal at a function organized at the Police Headquarters today.Dr. Gupta had received the award on behalf the Nepal Police during the ASOCIO Summit held in Tokyo, Japan on November 8.

The Organization has been giving away awards in four genres, namely, the ASOCIO Outstanding Company, Outstanding User Organization, Digital Government and ICT Education. Among these, Nepal Police has bagged an important award given in the information technology sector.

The Organization was established in 1984 in Japan with the objective of strengthening mutual and trade relations among the member states through the promotion of ICT industries. More than 10 thousand organizations related to information technology from 24 countries of Asia and Oceania are affiliated to the Organization.