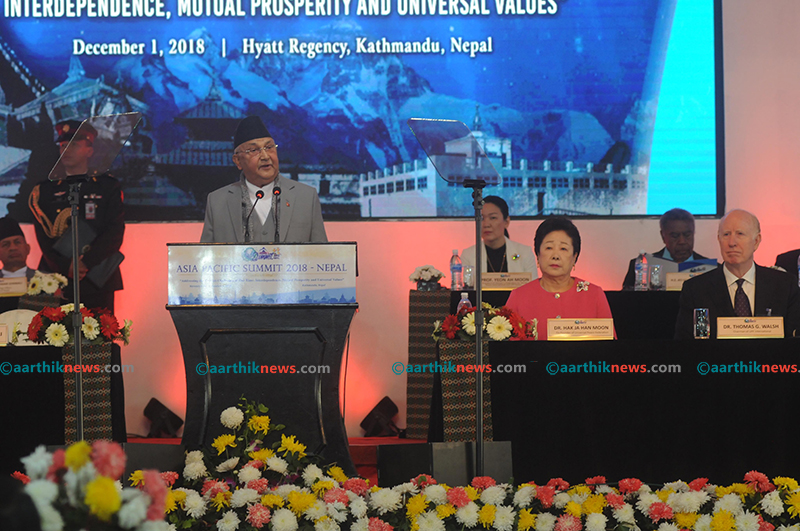 Kathmandu, Dec 3 .  Prime Minister KP Sharma Oli has asserted that the country could not advance in the path of economic development and prosperity in absence of good-governance and transparency.

Addressing the closing ceremony of the Asia Pacific Summit organized by the Universal Peace Federation here today, PM Oli said that the incumbent government was working towards further institutionalizing the good-governance and the rule of law.

PM Oli said, “The government is effectively working to ensure the rule of law and curb corruption. Since all the citizens are equal in the eyes of law, it is treating all the citizens equally.”

Prime Minister KP Sharma Oli said corruption does not only mean the financial embezzlement as it could be seen in policy level and misusing the power therefore all forms of corruption should be eradicated from the roots. He shared that government was adopting zero tolerance policy in regard to corruption case.

On another note, PM Oli urged the people’s representatives to maintain transparency in their activities as they had roles of making democracy successful. Saying that the Asia Pacific Summit was successfully completed in the country, Prime Minister Oli urged the foreign visitors to visit Chitwan National Park and see the one-horned rhinos.

Tea processing factory established at cost of Rs 73 m in...