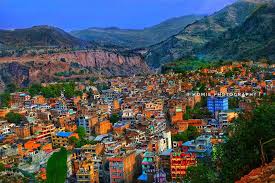 Baglung, Aug 4 . A family who had lost a member in landslides has received financial support from the Kandebas Sewa Samaj based in Japan. The support worth Rs. 612,000 was provided to the Gautam family in ward no. 8 of Galkot municipality.

Sita Gautam, who was milking buffalo, died after being buried in the landslide triggered by heavy rainfall on July 23. Two buffaloes and a goat were also swept away in the mudslide. In the incident, the cow shed was buried in mud while the house remains in a perilous situation, and needs to be translocated.

The cash collected from residents of Kandebas, presently in Japan for work, was handed over to the family at their home on Saturday, according to coordinator of the Kandebas Sewa Samaj, Galkot Coordination Committee Manibhadra Chalise. Mayor of Galkot Bharat Sharma handed over the cash to the elder brother of the deceased Pitamber Gautam.

Nepal gets membership of ACD