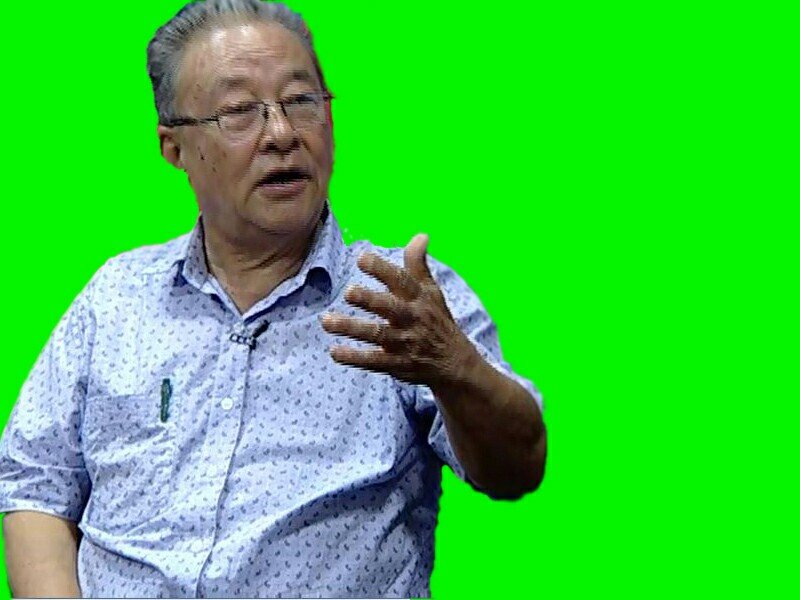 Manjushree in Nepali,Wen Shu in Chinese, is one of the Bodhisattva in the ancient Buddhism. He is first recognised Bodhisattva outside Nepal and South Asia. Wutai Shan is home of Manjushree. It is located at the headwaters of River Qinshei, in the north-eastern province of Shanxi. According to Swayambhu Purana, Majushree travelled to Nepal all the way from Wutai San of China, crossing the difficult Himalayan terrains and established human settlement in Kathmandu Valley, which was then in the form of a big lake. Manjushree cut the gorge at Chovar, south west of the Valley and drained out water making the Kathmandu Valley inhabitable for human beings[1].

Manjushree is believed to have arrived in Nepal to pay homage to Swoyambhu Chaitya from Wutai Shan .His visit is the beginning of peilgrimage by the Chinese and the Nepalese people to Swoyambhu, Lumbini, Wutai San, Kailashman Sarobar. The credit to opening of ancient Himalayan corridor goes to Manjushree. Present day One Belt One Road (OBOR) initiative propounded by Visionary leader President Xi Jinping is a new avatar of ancient Silk Road. Trans-Himalayan corridor is one of the sub-branch of Silk Road. This ancient corridor will be modernized when railway linkage will be completed up to Keorong   from Lhasa in 2020. Kerung has the potential of being a Chinese gateway to South Asia.

After draining water from then Kathmandu Valley, Manjushree made Padmagiri his residence. From Padmagiri to Gujeshwori, he built a town called Manjupattan. He planted trees near Guheswori and populated the town with those of his disciples who wished to live as Grihesthas (Householders). He allotted Biharas for those who wanted to live as Bhikshus or religious mendicants[2].

Just below the Swoyambhu Mahachaitya on the western side there is a Chaitya with Mani wheel surrounding it. It is called Manjushree Chaitya. Manjushree’s disciples including Gunakara Bhikshu built Manjushree Chaitya after his departure. It took place on the fifth of Magha Sudi, Shree Panchami day (in the month of January) the anniversary day of Manjushree Chaitya. Shreepanchami day is celebrated also as the advent of spring season[5].

There is a stone plate at the base of Manjushree temple in Swoyambhu with an engraved footprint of Majushree on it. Manjushree is believed to be the goddess of knowledge. Manjushree is related with the spring festival. Kings in old days, President in present Republican era listen religious hymns and music recited by the priests and Ostaj (Musicians) in celebration of the beginning of spring season at Hanuman Dhoka palace. There is such cultural similarity of spring festivals of Nepal and China and Nepal. It is the contribution of connectivity through ancient Silk Road.

Mount Wutai San is home of Wen Shu (Manjushree). Apparently, the association of Manjushree with Wutai San in north China has been mentioned in Indian classical book called Avatamasaka Sutra[6]. There are records of pilgrimage from India and other Asian countries to Wutai Shan from as early as the seven century. As host to over 53 sacred monasteries, Mount Wutai is home to many most important

Chinese monasteries and temples. It was   inscribed as a UNESCO world heritage site in 2009.

Manjushree had a vision of the lotus at Swoyambhu and travelled to that place to worship it. Swoyambhu is the oldest stupa in Kathmandu Valley. Manjushree temple is also there side by side. Swoyambhu is said to be 2000 years old.  Swoyambhu is one of the world heritage sites rated by UNESCO in 1979.

I have visited Wutai Shan on October 25th, 2008. I have taken breakfast with monks there. I have listened prayer by the monks, it’s tuning and style is similar with Nepalese Bajracharya’s prayer knows as Tuta[7] in Newari language. Newar Budhhists give credit to Manjushree for introducing Bajrayana Buddhism in Kathmandu valley. Wutai Shan authorities presented me a pictorial book, “Scenic Beauty of Wutai Mountain” .

Nepalese artist Aranika built White pagoda in Mt.Wutai in 1301. Chief-editor Liu Yan Ling Yousheng Han Chunho mentioned about the White Pagoda, which stated, “The White Pagoda, situated on the Yayuan Temple, south of the Xiantang Temple, serves as the symbol of Mount Wutai. This pagoda is the tallest one among all the preserved pagodas that were built during the Yuan dynasty. The pagoda of bricks and Stone mason, rises to 56.4 meters above the ground. It stands much higher than the white pagoda of the Mioying temple in Beijing. Both were designed by a Nepalese[8].

The Araniko society, an alumni of china returned scholars in Nepal, has taken initiative to construct bronze image of Manjushree in traditional classical style. The image is two meters tall and weighs two metric tons. The society bore the cost of Rs 1.35 million rupees for the construction and transport expenses. This gold plated bronze image was constructed in Nepal and carried to China and installed at the central peak of Wu Tai San on the occasion of 50th anniversary of the establishment of diplomatic relation between Nepal and China on the 4th of Bhadra, 2062 BS (2005 AD) in a grand ceremony attended by high ranking Chinese officials, officials of Araniko Society, Budhhist Bhikshus and other distinguished guests[9].

Nepal and China have been maintaining cultural relation since ancient period through Silk Road. Manjushree is believed to be the founder of this civilizational relationship between China and South Asia. President Xi Jinping announced to revive ancient Silk Road and Maritime Silk Road in 2013. He presided an international forum on Belt and Road initiative in May 2017.

Nepal has also joined on OBOR . It “is the project of the century” initiated by president Xi Jingping. More than 65 countries are involved comprising two third of the world’s landmass and include some four and half billion people. This is pragmatic project for inclusive globalisation. Ancient trans-Himalayan corridor founded by Manjushree Bodhisattva is now taking modernised shape under Xi’s leadership through “Iron Silk Road”. Thus, Keorong will be China’s gate way to South Asia when Lhasa-Sighatse Railway connects that place in 2020.

(*Mr Shrestha is an advisor to the Social Science Department of Nepal Academy , Chairman of APSO Nepal, former ambassador and former MP.)

[2] As quoted from Vansavali by Danial Wright, page 79

Basic drinking water to 94 per cent population in next three...