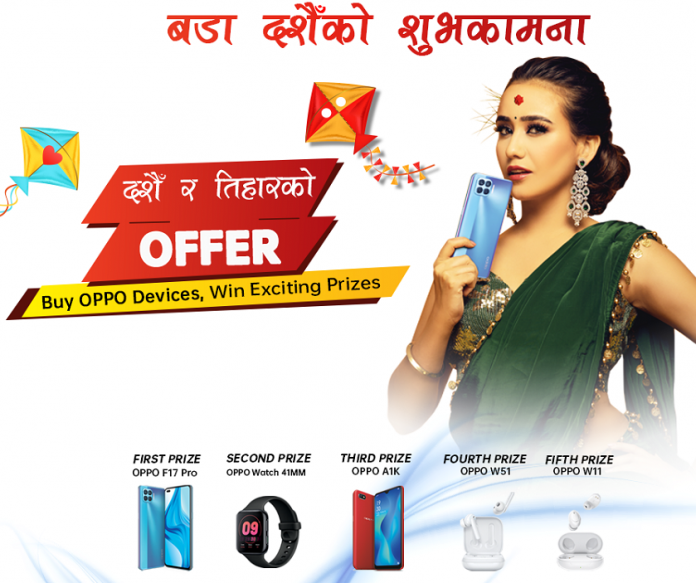 Kathmandu, Oct 8.  World-leading smartphone brandOPPO, has announced its special gift campaign for the grand festivals of Nepal “BadaDashain and Tihar”. The “DashainraTiharko Offer”SMS Campaign will provide its customers with an amazing opportunity to win numerous attractive gifts on the purchase of OPPO devices during the festivity season.

“Being a global company, OPPO has always believed in localization. Nepal is one of the priority markets for us. Its richness in cultures, traditionsand simplicity in diversity has always inspired us. Hence, with an intention to celebrate the grandest festival of Nepal “The BadaDashain and Tihar”, we have introduced “DashainraTiharko Offer”SMS campaign to share the happiness along with our valuable fans here in Nepal”, said Mr. Bobby Zhao, CEO of OPPO Nepal.

The participants who were not chosen as winners will still stand a chance to participate in upcoming consecutive lucky draws automatically. Therefore, once participation is done they will stand achance to win till the very last lucky draw. Commenced from 8th of October 2020, the campaign will be in effect till 14th of November 2020.

Japan Exports Surge Most Since 2010 in Boost for Abe