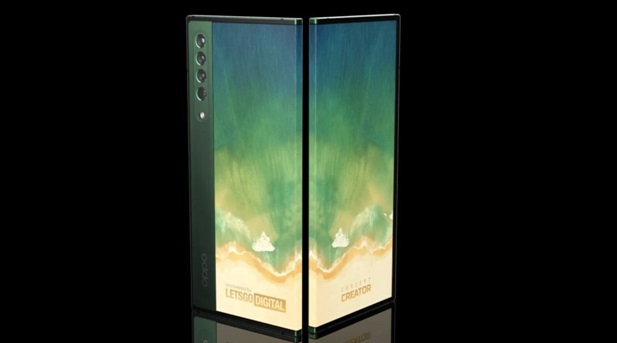 Kathmandu, Nov 24. OPPO bedazzled everyone with the X 2021 phone that has a sliding display. And while we are yet to wrap our heads around the fact that a device like this could soon be a reality, the Chinese company is thinking of a device that will look weirder than you might think. OPPO has patented a device that has dual sides and features a wrap-around display, and it looks like the future of mobile devices.

In a patent filed with the World Intellectual Property Office (WIPO), OPPO has described the method to assemble and disassemble devices such as the one with two sides. Inside the patent are diagrams and schematics of what OPPO has in mind for this device. However, they do not show what the device could look like. But, thanks to Concept Creator, who, in collaboration with LetsGoDigital, has created concept renders of this OPPO device, they reveal that OPPO is mulling a fantastic device.

The backside of this device has a four-camera system, along with an LED flash. Since the display is reaching the back of the phone, these cameras can double as selfie shooters, which is also why there is no front camera on the device. The display leaves no room for anything else on the front. Since the display wrap-around is on the left, the right side of the device has the volume rocker and the power button.

OPPO’s new patent underscores the company’s potential plans to reach new heights in the smartphone industry, but this is just a patent right now. There is no guarantee this device will materialise or if it does, that is not going to happen anytime soon. But what OPPO thought here is not entirely new. Source: Indiatoday.in