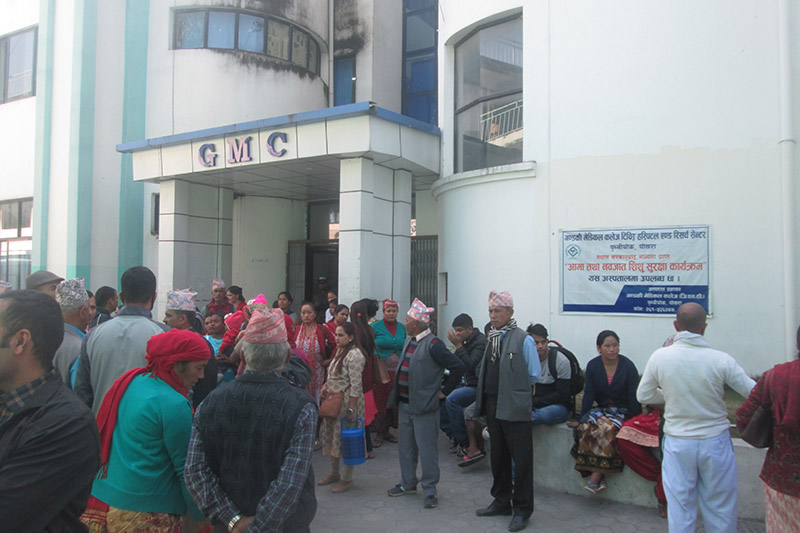 Kaski, March 17. The students who had enforced agitation putting forth four-point demands have lifted the padlocking at Gandaki Medical College and Hospital today. Stirring students removed padlocks from the office of college administration and Out Patient Department of the hospital in presence of police.

The students had locked the college since January 31 protesting against hike in educational fee by the college. Their demands had entered into a legal process and the agitation has been put off till the report of regulatory body is made public, the agitating students said.

Anil Sinha, an agitating student, said there was no obstruction to the educational and hospital services. The students agreed to remove the padlock to allow MBBS students to sit in examinations beginning from coming April 4.

It may be noted that the protesting students had registered a complaint over a forgery case against college operators and employees on March 5 after the college administration did not heed their demands. After the complaint, the police arrested 11 concerned persons including college chairperson Khuma Prasad Aryal.

KC hailing from Beni, Myagdi was found dead on a lake nearby a hotel at Pokhara Metropolis-18. His body was recovered from the lake, said Govinda Puri, Deputy Superintendant of Police (DSP) of the Province-4. An investigation has been launched into the incident. RSS

Govt working to end all sorts of syndicate: Home Minister

Birat Petro seeks permission to sell petrol for Rs. 155 per...